Protests in Palestine against airstrikes on Syria

April 14, 2018 - Representatives of the different Palestinian political groups hold a protest in Nablus against last nightâ€™s coordinated US, UK, and Franceâ€™s airstrikes in Syria. Similar protests have taken place since the morning in different towns and cities in the West Bank under the slogan â€œno aggression for the American Zionist against Syriaâ€, and with protesters holding the Syrian flag. Last night the US, Britain, and France have launched coordinated missile attacks in Syria as a response to an alleged chemical attack by Syrian Presidentâ€™s Assad in the Eastern Ghoutaâ€™s city of Duma (Credit Image: © Mohammed Turabi/IMAGESLIVE via ZUMA Wire) 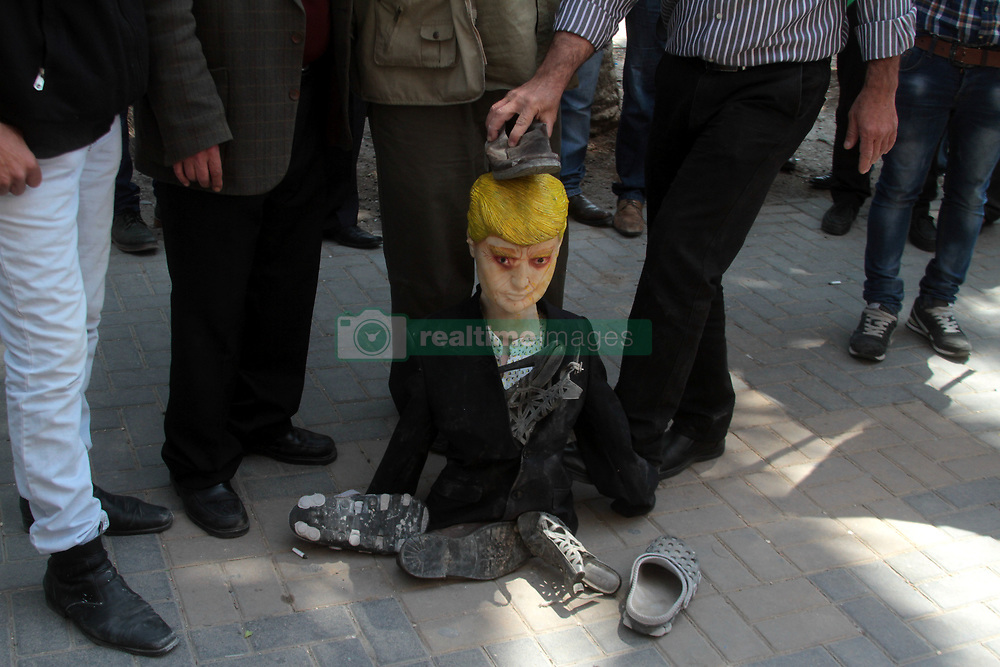