The red tide phenomenon in Greece

June 27, 2017 - Thessaloniki, Greece - Red tide phenomenon caused by algal blooms in Thessaloniki, Greece, on June 27, 2017 , a discoloration of coastal waters due to large algal blooms. Red tide is a common name for a phenomenon known as an algal bloom, caused by species of dinoflagellates, taking on a red or brown color. The most conspicuous effects of these kinds of red tides are associated wildlife mortalities of marine and coastal species of fish, birds, marine mammals, and other organisms. (Credit Image: © Grigoris Siamidis/NurPhoto via ZUMA Press) 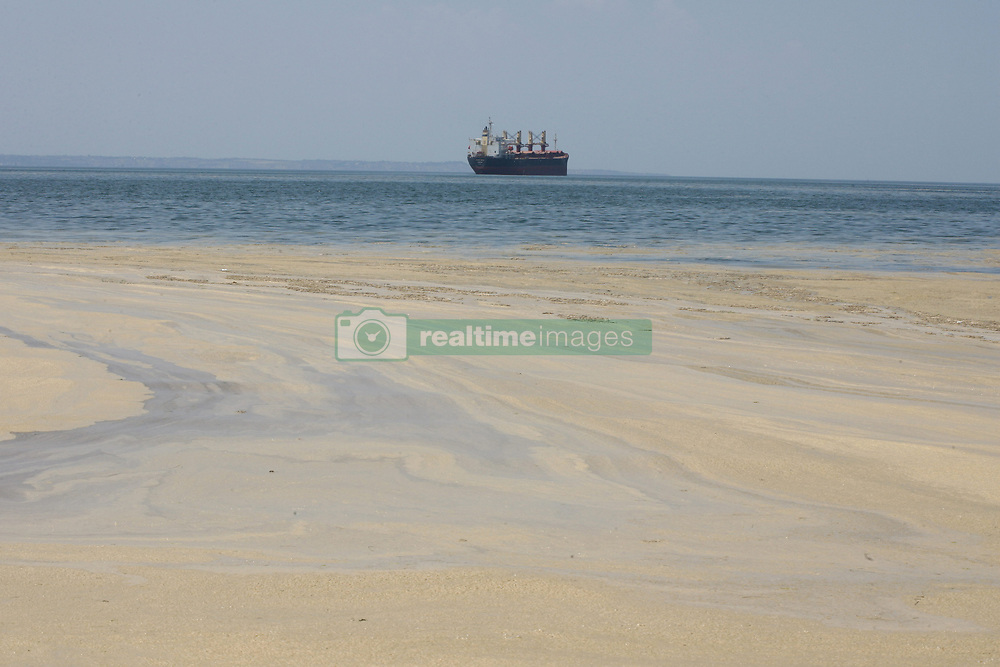