June 26, 2017 - Kolkata, West Bengal, India - A devotee is walking in the procession with his daughter on his shoulders as she is too small to walk herself in the procession during rath yatra in Kolkata, India on 25.6.2017. Rath Yatra or the cart festival is more than 5000 years old festival which is mainly celebrated in Puri, Orissa with great zeal. This eminent festival marks the return of Lord Krishna to Vrindavan with his elder brother balabhadra and sister Subhadra. The rath yatra is a journey in a chariot accompanied by the public and it is usually celebrated in the month of June or July. Rath yatra is also celebrated in different parts of West Bengal under the supervision of the Iscon temple. (Credit Image: © Sushavan Nandy/NurPhoto via ZUMA Press) 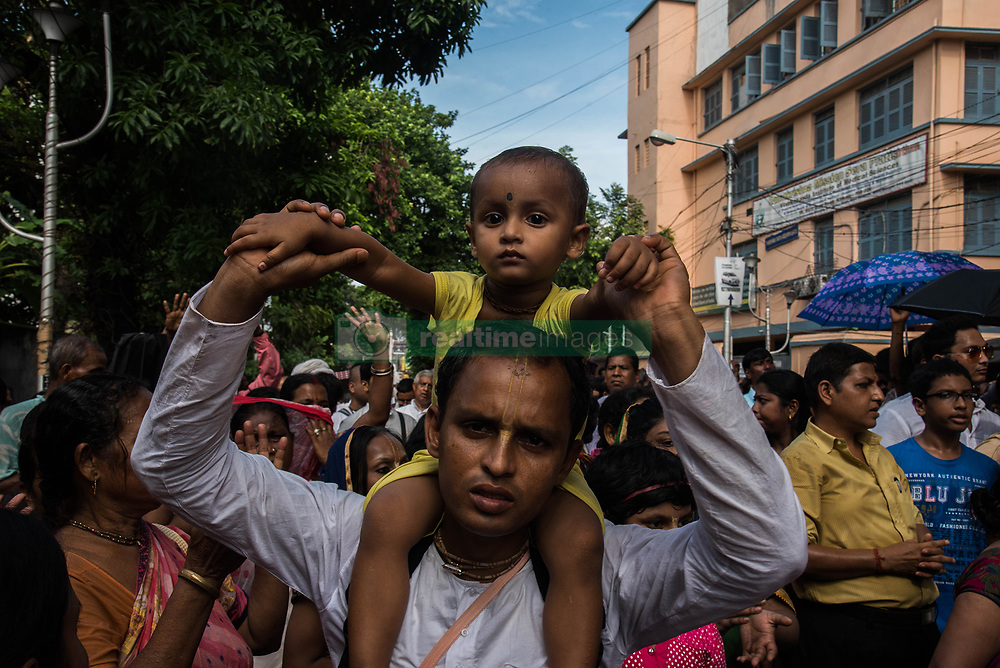