August 1, 2018 - California, U.S. - Image Released Today: More than a dozen wildfires are burning in the state of California. The Ferguson Fire (right) ignited July 13th west of Yosemite National Park. Much of the forest in this area suffered extreme stress due to the extended drought of 2012 through 2017, and bark beetle damage, leaving many dead trees through which the fire has burned rapidly. Many surrounding towns have been under evacuation orders. MISR instrument on NASA's Terra satellite passed over California on July 27 and July 29, observing the Carr Fire on July 27 and the Ferguson Fire on July 29. (Credit Image: © GSFC/NASA via ZUMA Wire/ZUMAPRESS.com) 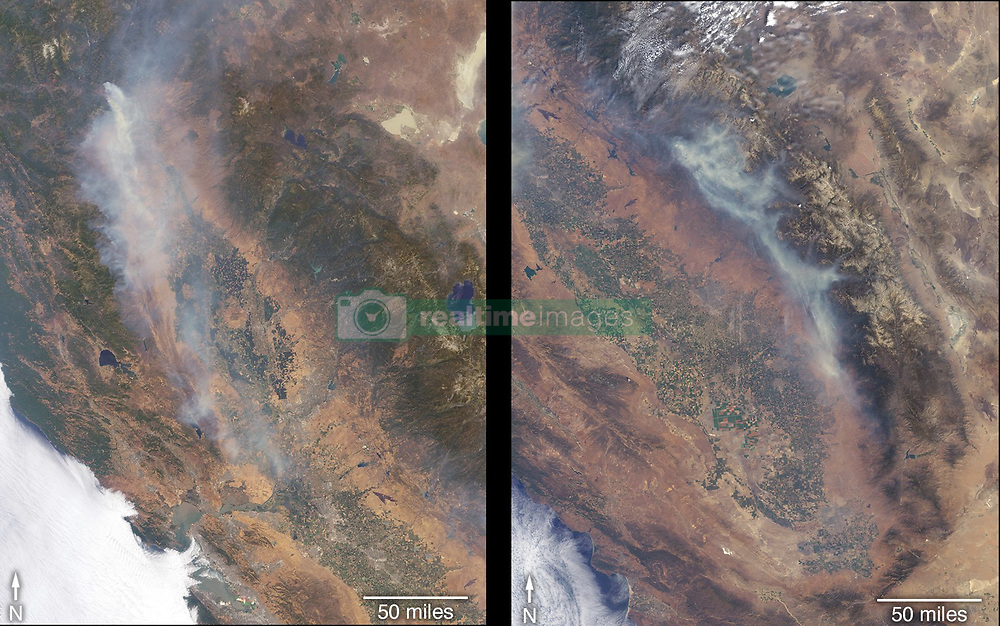