September 10, 2017 - Bhubaneswar, Odisha, India - ODRF (Odisha Disaster Response Force) and fire fighters look near the under construction bridge collapse area as they are busy in the rescue works from the debris of collapsed bridge in the eastern state OdishaÃ¢â‚¬â„¢s capital city Bhubaneswar on 9 September 2017. One dead and above many labourers is seriously injured and till now some of them under the debris in this mishap. (Credit Image: © Str/NurPhoto via ZUMA Press) 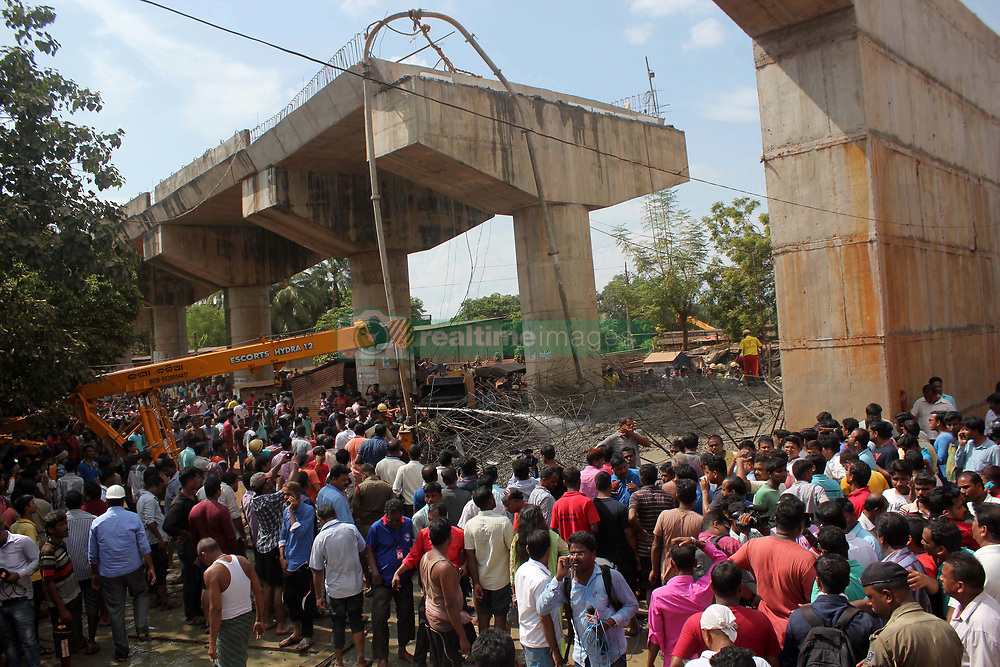