March 23, 2019 - Gaza, Palestine, 23rd March 2019. A large crowd give their final farewell to 24 years-old Jihad Munir Haraa in the Shujaiya neighbourhood on the east of Gaza City. Jihad had died after being shot in the head with a live bullet by the Israeli forces during the Friday border protest in the central Gaza Strip on 22nd March. According to the Gaza Health Ministry at least 62 other Palestinians were shot and injured, while dozens of demonstrators had suffered from tear-gas inhalation on last Fridayâ€™s Great March of Return rally as Israeli forces tried to suppress the protesters along the eastern borders of the besieged Gaza Strip. The Israeli military stated that troops had responded with â€œriot dispersal meansâ€ and fired in accordance to standard operating procedures. At least 257 Palestinians have been killed by Israeli fire in Gaza since weekly protests began on March 30th 2018 (Credit Image: © Ahmad Hasaballah/IMAGESLIVE via ZUMA Wire) 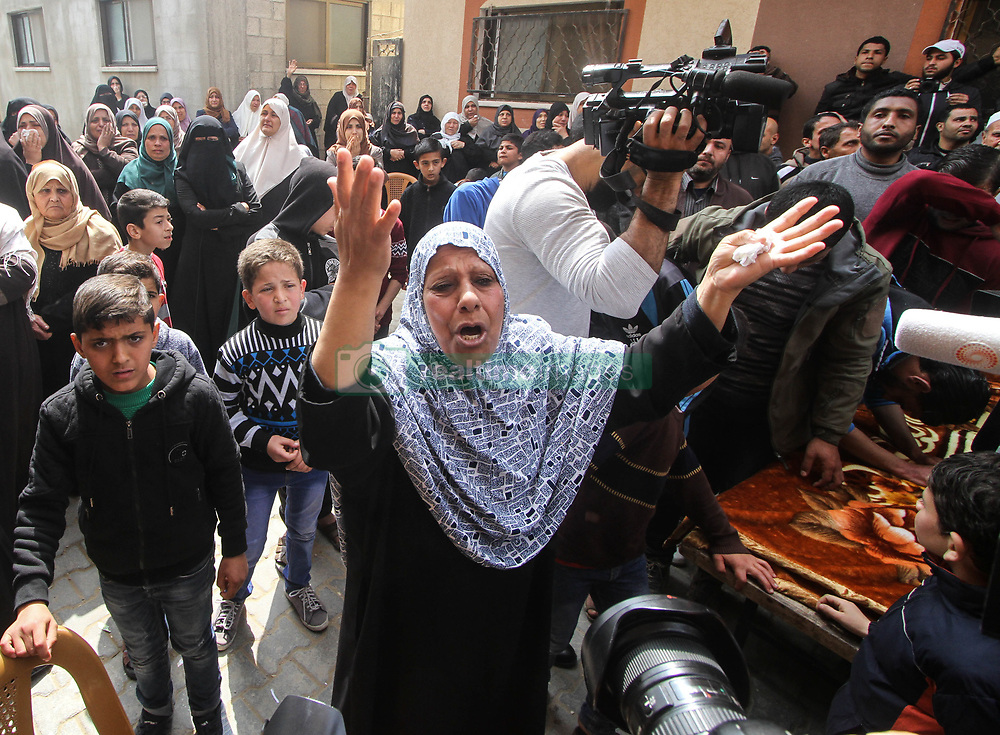