July 26, 2017 - Los Banos, California, U.S. - OBDULIA SANCHEZ, 18, of Stockton, appears over a video feed before Judge David Moranda, as she is arraigned on charges of gross vehicular manslaughter and DUI, at the Robert M. Falasco Justice Center. Sanchez was driving a white Buick Century when she crashed the car outside of Los Banos, Friday evening, resulting in the death of her 14-year-old sister Jacqueline Sanchez, who authorities said wasn't wearing a seat belt and was ejected through the back window of the car. (Credit Image: © Andrew Kuhn/The Merced Sun Star via ZUMA) 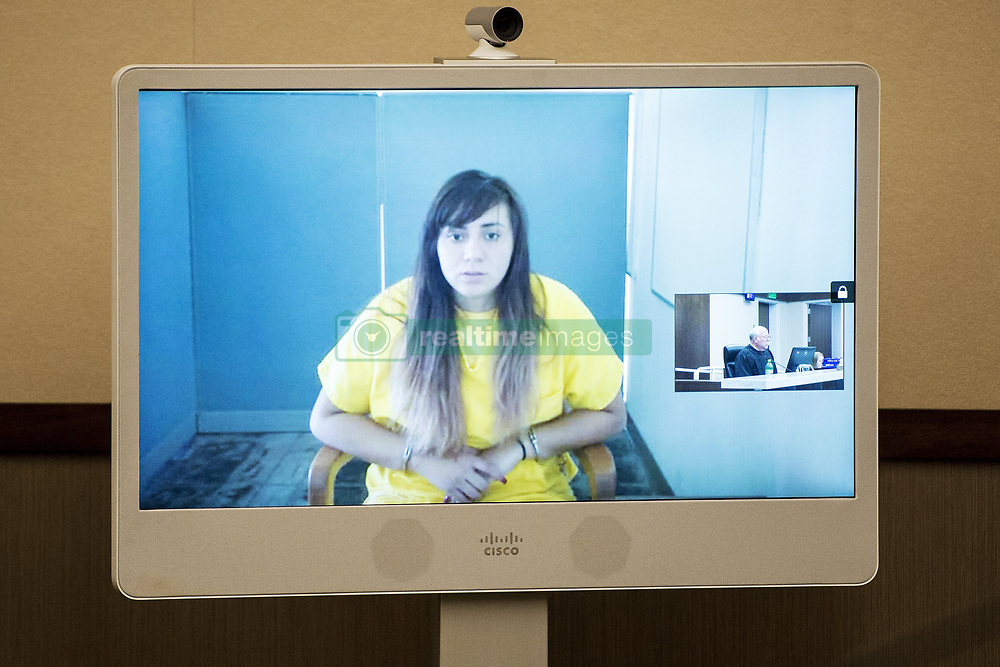