September 5, 2017 - Medan, North Sumatra, Indonesia - Ethnic-Chinese Indonesians throw 'hell money' as offerings for their ancestors' souls into the air during the 'hungry ghost' festival in Medan. During the month-long festival, Chinese people make offerings of food, hell money and paper-made models of items such as televisions, servants and cars to be burnt to appease the wandering spirits as it is believed that the gates of hell are opened during the month and their dead ancestors return to visit their relatives. (Credit Image: © Ivan Damanik via ZUMA Wire) 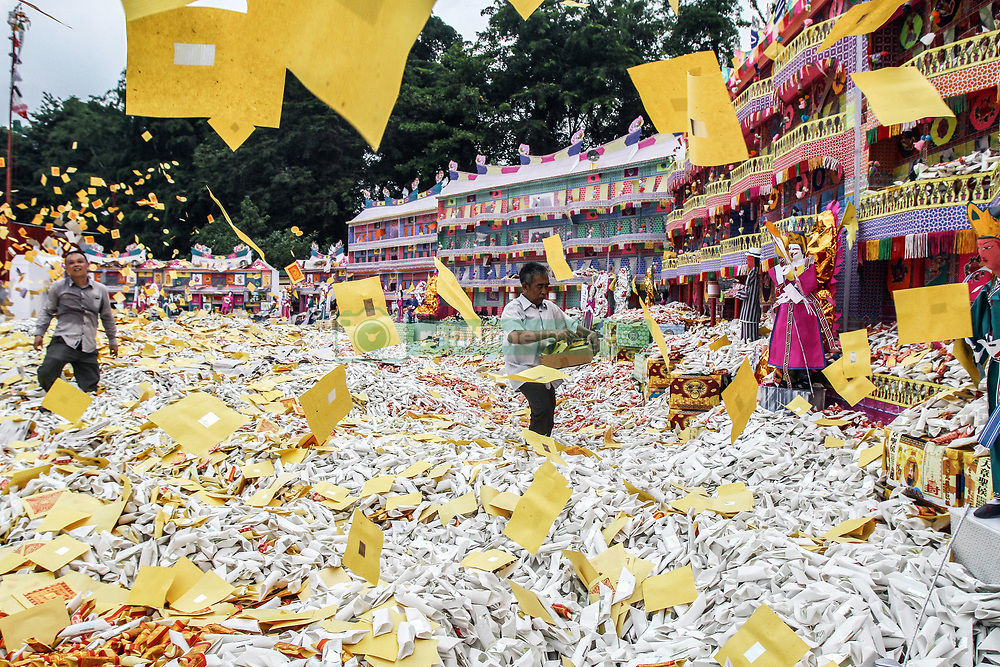