March 30, 2017 - Mosul, Nineveh Province, Iraq - SIMBA is carried from the zoo by members of Four Paws International, an Austria headquartered animal rescue organization. A lion and a bear, just rescued from Mosul’s zoo, are prepared to fly to safety outside Iraq and into Erbil, Kurdistan. The two animals nearly starved to death in their cages while battle raged around them in the Iraqi city earlier this year. Several other animals at the zoo died from neglect but these two were finally rescued by the animal charity Four Paws. (Credit Image: © Gabriel Romero via ZUMA Wire) 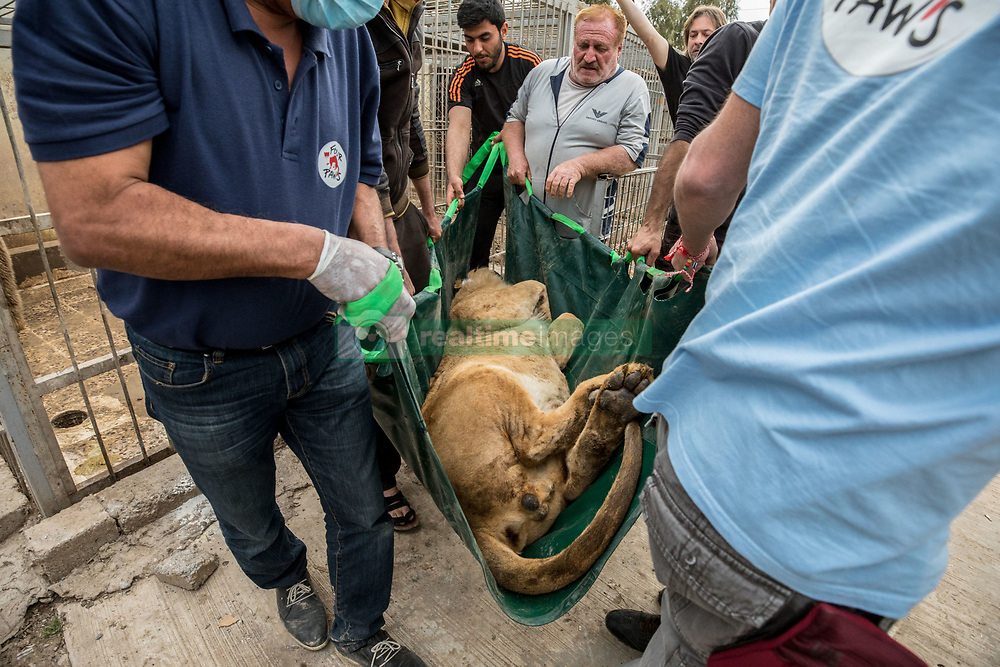