April 27, 2019 - London, UK - LONDON, UK. People view an artwork which has appeared on a wall at Marble Arch following ten days of protests in London by Extinction Rebellion, a group demanding that governments take action to tackle climate change. Now covered in a protective plastic cover, the artwork has been attributed to the celebrated street artist Banksy and depicts an image of a plant and a girl holding a gardening tool with the Extinction Rebellion logo on it next to the text ''From this moment despair ends and tactics begin' (Credit Image: © Stephen Chung/London News Pictures via ZUMA Wire) 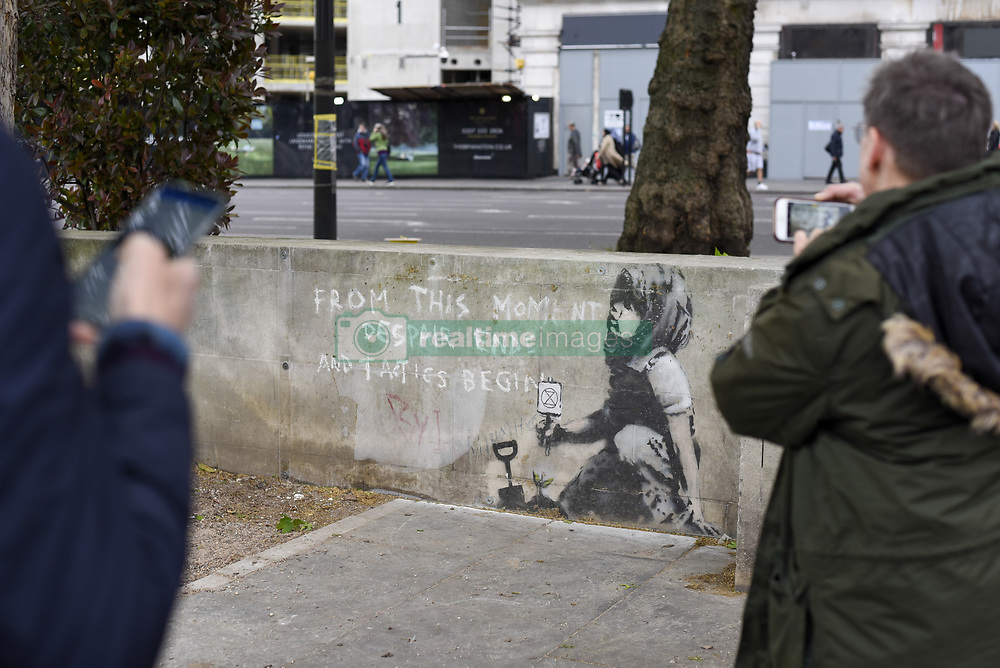