zReportage.com Story of the Week # 637 - South Sudan: State of Emergency - Launched July 21, 2017 - Full multimedia experience: audio, stills, text and or video: Go to zReportage.com to see more - Things are spiraling downward in South Sudan, as world's youngest nation is well into its fourth year of civil war. Two years after emerging as an independent state, oil-rich South Sudan was plunged into conflict in 2013 as rivalry between President Kiir and his then-vice president, Machar, turned into violence. Since then, the U.N. stated, that the fighting has often been along ethnic lines and has triggered Africa's worst refugee crisis, with more than 4 million people fleeing their homes. South Sudan's President Salva Kiir has declared a state of emergency in his home state of Gogrial and parts of three other states where clashes have raged for months between clan-based militias. The U.N. has several peacekeeping bases in South Sudan, where tens of thousands have been killed in the civil war. To make matters worse, in the past 10 months, more than 300 deaths have been reported and nearly 17,000 cases of cholera reported in the northeast Africa country. Cholera is endemic in South Sudan and historically, outbreaks occur annually. But with some 6 million people in South Sudan currently facing starvation, Doctors, aid workers and officials in are warning of a "devastating" outbreak of cholera that could kill thousands of people in a country where millions are already threatened by famine. Children are paying a disproportionate price as famine looms across the region where nearly 1.4 million children face imminent risk of death, and more than five million children face malnourishment this year, according to UNICEF. Eight of the largest U.S.based aid groups are joining together in a new campaign to address what the United Nations calls the world's largest humanitarian crisis in more than 70 years. (Credit Image: ? Miguel Juarez Lugo/zReportage.com via ZUMA Wire) 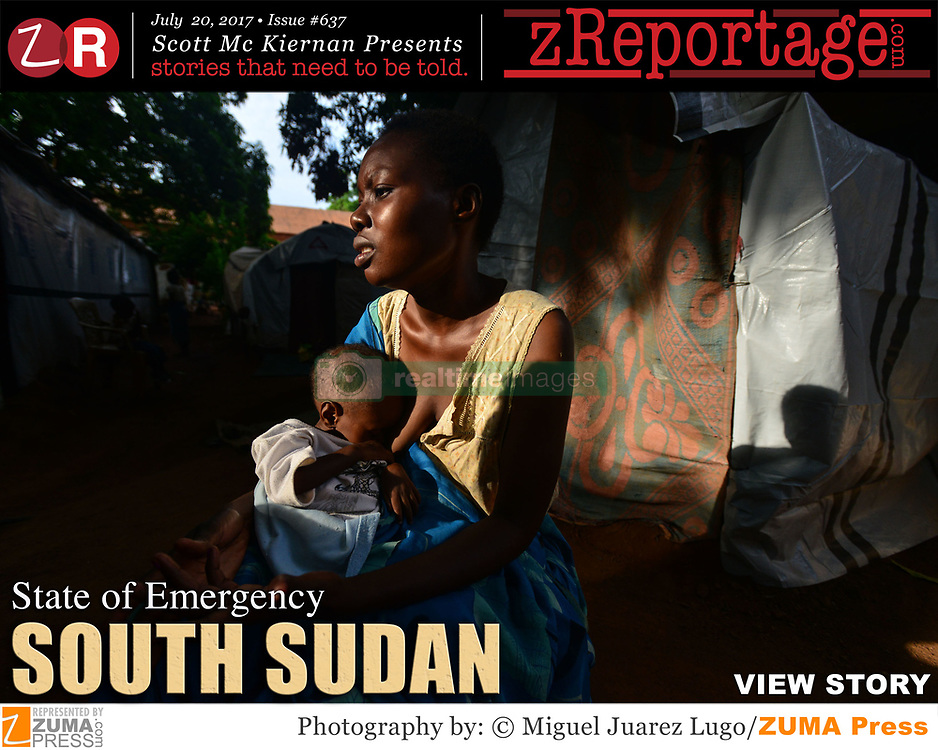