June 17, 2018 - SÃ£O Paulo, Brazil - SÃƒO PAULO, SP - 17.06.2018: COPA 2018 NA ARENA BRAHMA EM SP - The # 1 Arena in SP received a large number of fans in the AnhangabaÃº Valley to cheer for the Brazilian national team that played against Switzerland. After the game the audience was able to watch the Titans show, one of the most expressive bands of National Rock. In the highlight supporter accompanies the game by the screen of the event. (Credit Image: © Emerson Santos/Fotoarena via ZUMA Press) 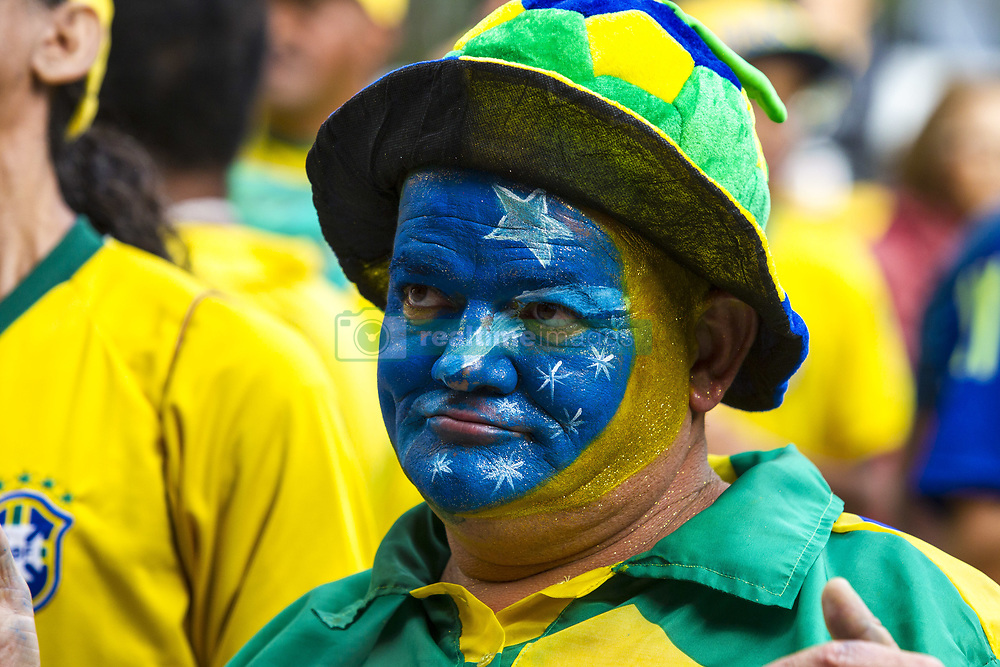