File photo : Harrison Ford attends a press conference for the film 'Indiana Jones and The Kingdom of The Crystal Skull' at the Palais des Festivals during the 61st International Cannes Film Festival in Cannes, France on May 18, 2008. The 72-year-old, star of the Indiana Jones and Star Wars films, reported engine failure and crash-landed his vintage plane on a Venice golf course in Los Angeles. He was breathing and alert when medics arrived and took him to hospital in a "fair to moderate" condition, a fire department spokesman said. Photo by Eric Catarina/Pool/ABACAPRESS.COM | 152574_24 Cannes France 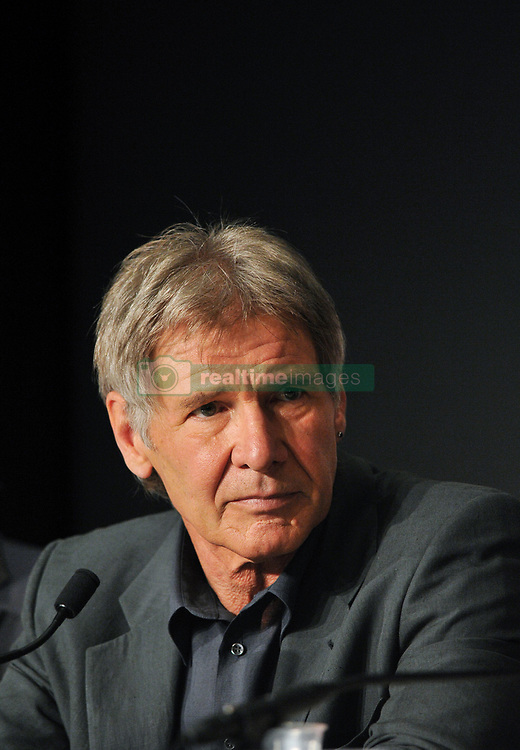