March 17, 2019 - Christchurch, New Zealand - A little girl hold a flower as she attempts to place it at a memorial as a tribute to victims of the mosque attacks outside the Masjid Al Noor mosque in Christchurch on March 16, 2019. At least 49 people dead and more than 40 people injured following attacks on two mosques in Christchurch. The national security threat level has been increased from low to high for the first time in New Zealand's history after this attack. (Credit Image: © Sanka Vidanagama/NurPhoto via ZUMA Press) 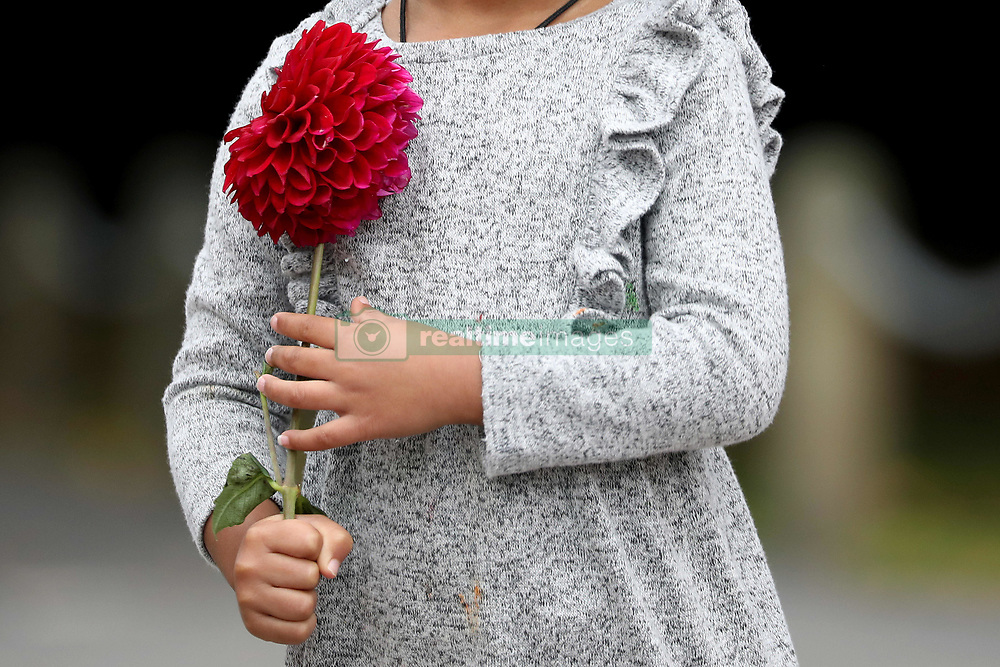