Crews aboard the International Space Station are trained to use low sun angles to add a three-dimensional effect to flat landscapes, a skill that is well illustrated by this image of central Saudi Arabia.
The main river (upper left), located 120 kilometers (75 miles) south of the capital city Riyadh, has eroded its bed down into the rock layers, making a small canyon 250 meters (820 feet) deep. This in turn has led all of its tributaries to dig their own canyons, resulting in an elaborate, leaf-like pattern that casts shadows in the late afternoon sun. For scale, the area shown is just 12.5 kilometers (7.7 miles) across.
This photograph shows the faint tracing of a road following the main river. River beds are often the smoothest places in deserts for wheeled vehicles; they connect villages that occupy river beds and terraces up and downstream because there is access to water. Dark dots within the main river bed are trees that only grow where their roots can reach subsurface water.
The center of the small plateau is a slightly different color from the area surrounding it. This is a lighter-toned layer of sedimentary rock, one of many in the area. Other thin layers make benches within the canyons in the same style as seen in the Grand Canyon of the USA, but on a much smaller scale.
Astronaut photograph ISS045-E-55901 was acquired on October 10, 2015, with a Nikon D4 digital camera using a 1150 millimeter lens, and is provided by the ISS Crew Earth Observations Facility and the Earth Science and Remote Sensing Unit, Johnson Space Center. The image was taken by a member of the Expedition 45 crew. The image has been cropped and enhanced to improve contrast, and lens artifacts have been removed. The International Space Station Program supports the laboratory as part of the ISS National Lab to help astronauts take pictures of Earth that will be of the greatest value to scientists and the public, and to make those images freely available on the Internet. Additional images 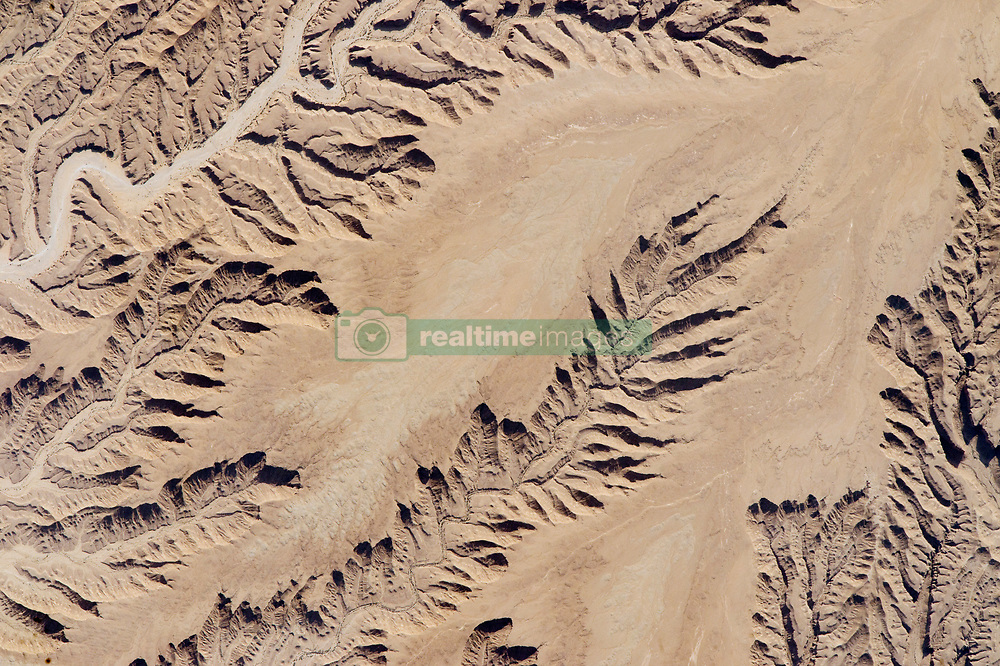