September 30, 2016 - Philippines - Members of S.O.C.O. (Scene of the Crime Operatives) process the crime scene and the remain of suspect Regie Sarmiento, 26 yrs. Old after was pin down by the members of Philippine National Police during the drugs operation in Brgy. 36, Maypajo, Caloocan City on September 30, 2016. The total suspect are 6 persons, (3 died during the operation and 3 was arrested). The operation is part of the intense campaign by the government versus illegal drugs. (Credit Image: © Gregorio B. Dantes Jr/Pacific Press via ZUMA Wire) 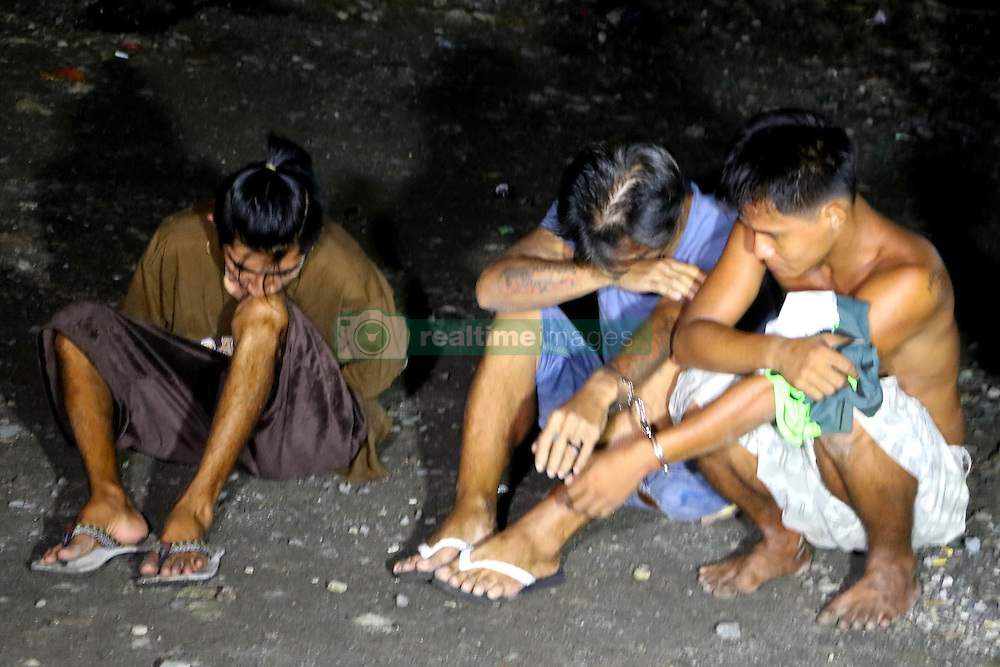