March 26, 2019 - Gaza - Palestinians look at the rubble of what was their homes before the Israeli bombardments of the previous day. Israeli warplanes carried out dozens of airstrikes across the southern, central, and northern Gaza Strip after a Gaza rocket struck an Israeli house north of Tel Aviv, in central Israel, injuring seven Israelis. Israeli warplanes targeted Hamas sites, as well as dozens of residential and commercial buildings, and according to the Palestinian Ministry of Health in Gaza, seven Palestinians suffered various injuries due to the airstrikes (Credit Image: © Ahmad Hasaballah/IMAGESLIVE via ZUMA Wire) 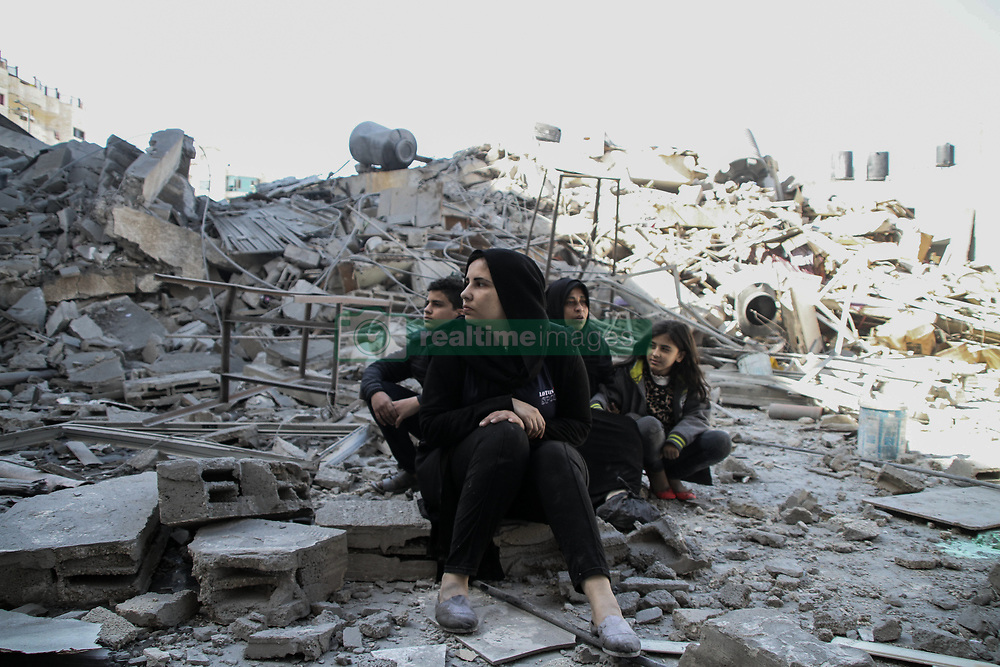