April 27, 2019 - Madrid, Spain - People's Party during his party's election campaign closing at Wizink Center on April 26, 2019 in Madrid, Spain. Spaniards go to the polls to elect 350 members of the parliament and 208 senators this Sunday. This will be the 13th General Election since the transition to democracy resulting in the Constitution of 1978. There are five main parties: the two traditional parties are the right-wing Partido Popular (People's Party) and the centre-left Partido Socialista Obrero Espanol or PSOE (Spanish Socialist Workersâ€™s Party), along with right-wing parties Ciudadanos (Citizens) and VOX and the left wing party, Unidas Podemo (Credit Image: © Oscar Gonzalez/NurPhoto via ZUMA Press) 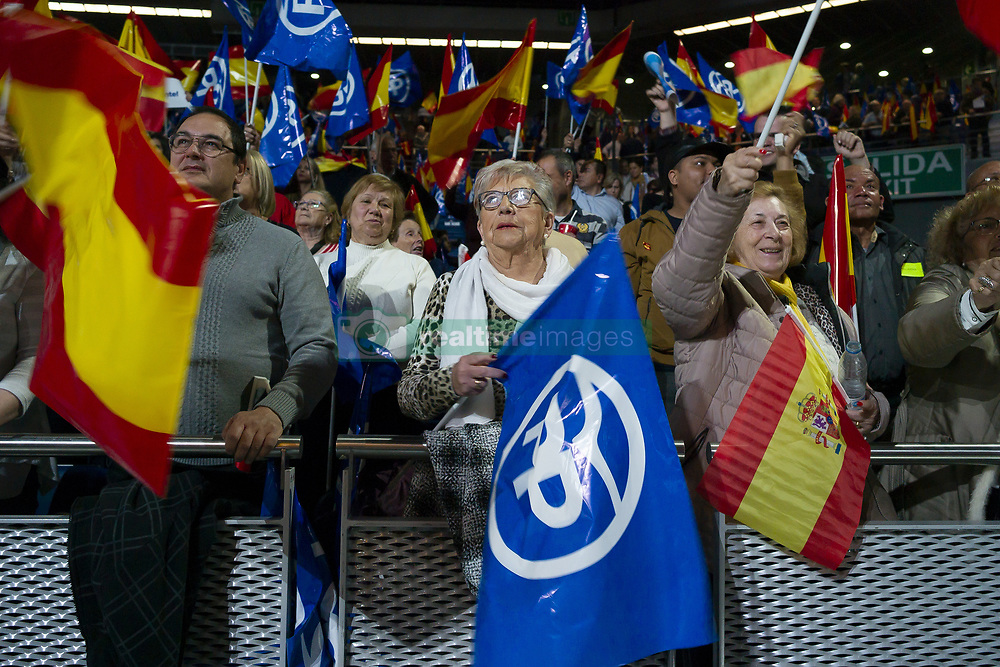