File photo - Nicolas Sarkozy, France's newly-elected President, with Claude Gueant beside, addresses his supporters at the Salle Gaveau in Paris, May 6, 2007. French voters elected reform-minded Nicolas Sarkozy as their new president on Sunday, giving him a comfortable winning margin, preliminary official results and projections from four polling agencies showed. With more than half of the vote counted, Sarkozy was scoring just over 53 percent to a little more than 46 percent for Socialist Segolene Royal. Polling agencies also had the conservative Sarkozy winning 53 percent of the vote compared to 47 for Royal amid massive turnout of 85 percent. Former French President Nicolas Sarkozy was in police custody on Tuesday morning March 20, 2018, an official in the countrys judiciary said. He was to be questioned as part of an investigation into suspected irregularities over his election campaign financing, the same source added. The probe related to alleged Libyan funding for Sarkozys 2007 campaign, Le Monde newspaper reported. Photo by Nicolas Gouhier/ABACAPRESS.COM 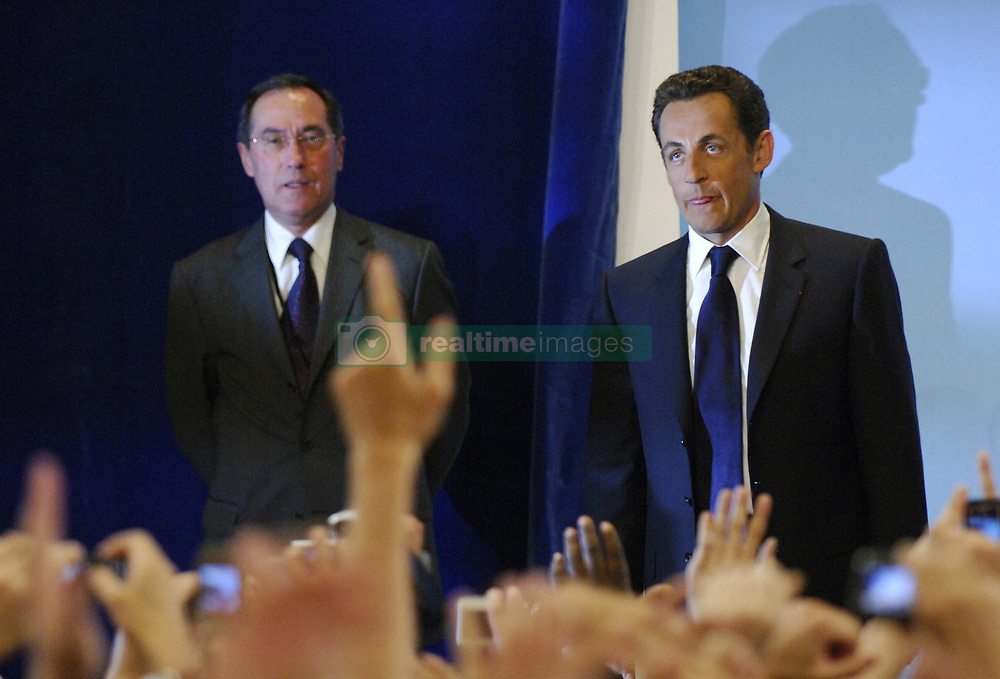