June 16, 2017 - London, UK - London, UK. 16th June 2017. Protesters argue with police at Downing St, and refusing to move to the pavement opposite held a noisy rally in front of the gates, with speakers from the North Kensington community, housing activists, residents from other tower blocks and Stand Up to Racism. They called for the resignation of Theresa May and her aide Gavin Barwell who as housing minister had failed to implement the changes in regulations recommended after the previous London tower block fire disaster. After a rally there they left to march for further protests at the BBC and elsewhere. Peter Marshall ImagesLive (Credit Image: © Peter Marshall/ImagesLive via ZUMA Wire) 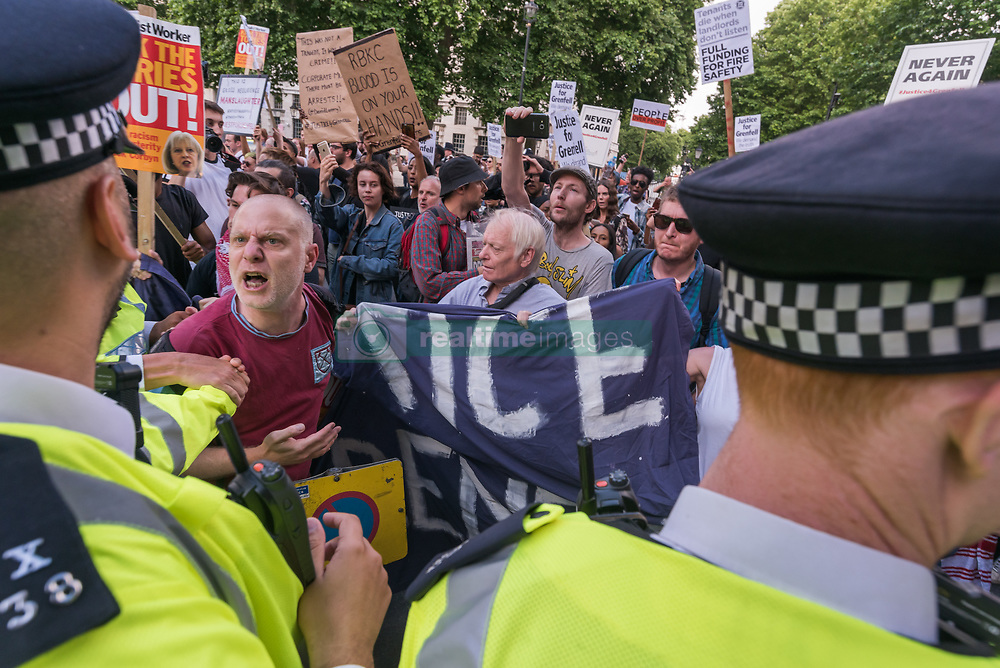