Demonstration Against Racism And Discrimination In Amsterdam

March 23, 2019 - Amsterdam, North Holland, Netherlands - March 23rd, Amsterdam. Thousands of people gathered this Saturday, at the Dam square in the center of Amsterdam during a demonstration against racism and discrimination. They ask for diversity and solidarity, against all forms of racism and discrimination. Also, against the two political far-right parties in The Netherlands, the PVV and the FvD which have increased their power during the last elections in the country. A small far-right group showed up during the walk holding two big placards and shouting to the demonstration. (Credit Image: © Romy Arroyo Fernandez/NurPhoto via ZUMA Press) 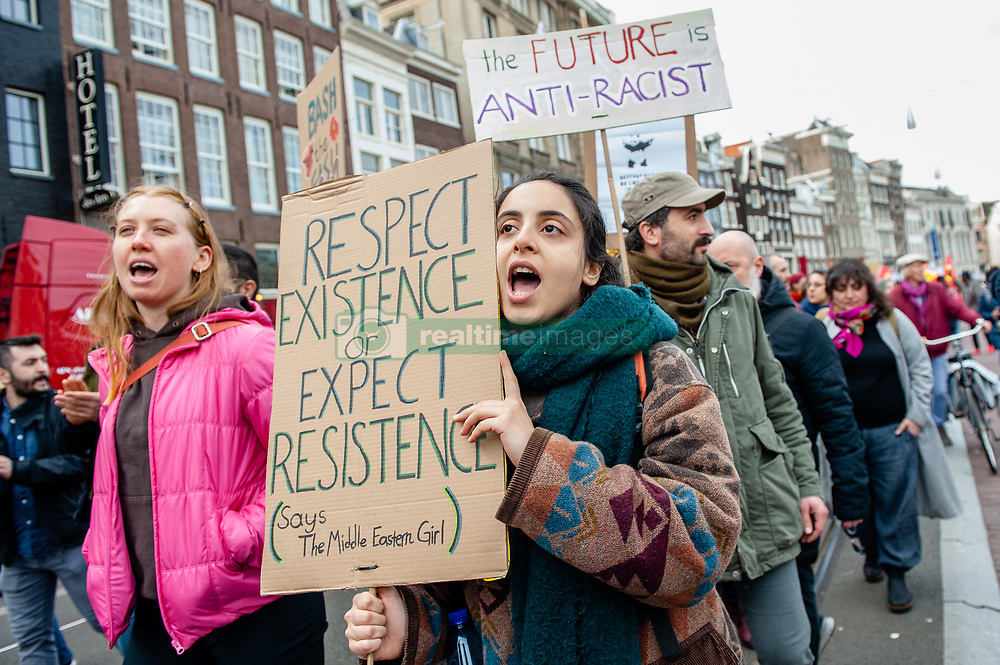