A new automatic passenger drone that could revolutionize the daily commute has completed its first manned flight. California-based company Passenger Drone launched the red aerial vehicle, which has a top speed of 45mph, following months of rigorous testing. Complete with a touch-screen, the drone can be flown manually or at the touch of a button select a destination and the air vehicle takes over. It carries up to two people, is equipped with 16 electric engines and has a flight range of up to 25 minutes. Flight testing of the vertical take off and landing (VTOL) craft started in May before the first manned flight took place in August, footage of which was released this week as part of the official launch. A company spokesman explained: “The social and economic benefits of such a vehicle are numerous. “In cities around the world, traffic congestion costs commuters millions of hours every year and billions of dollars in lost productivity.” According to Passenger Drone, the average travel time to work in the United States is 25.4 minute, representing almost an hour every day. The company adds that the total cost of congestion to all drivers in the U.S. in 2016, including environmental costs, was $300 billion. The spokesman added: “On-demand aviation and manned drones has the potential to radically transform how we get from place to place, and to restore precious lost family and personal time to commuters worldwide. “Overall, the lower cost and improved flexibility provided by aerial drone technology may afford compelling solutions for individuals, businesses or governments worldwide.”. 03 Oct 2017 Pictured: California-based company Passenger Drone has launched a new automatic aerial vehicle that could revolutionize the daily commute. Photo credit: Passenger Drone/ MEGA TheMegaAgency.com +1 888 505 6342 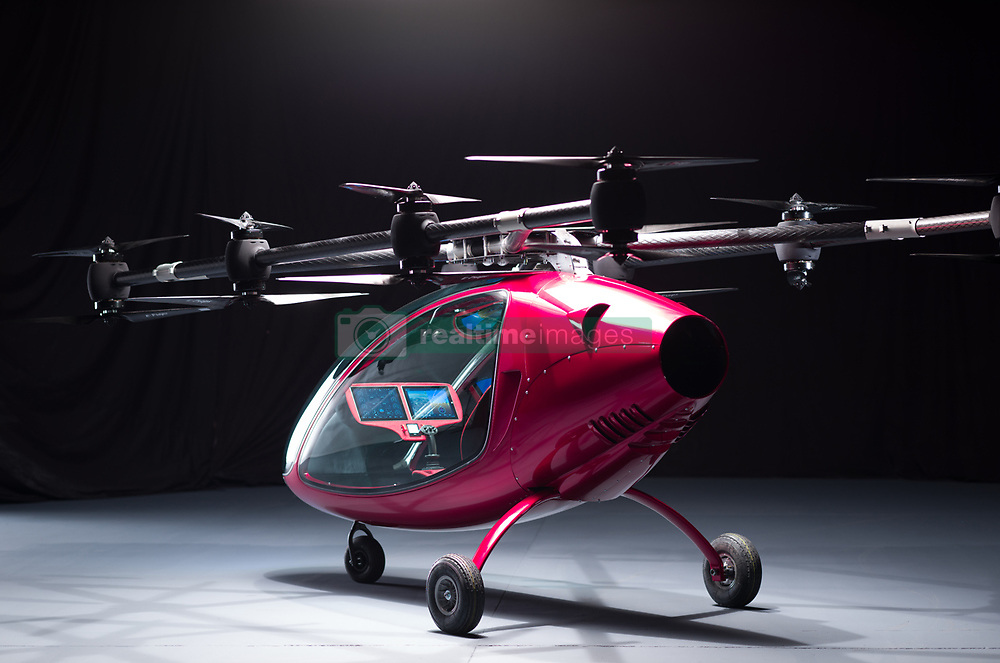