August 3, 2017 - Ankara, Turkey - Women gathered at the Kugulu Park to protest against the Turkish government's recent draft law on civil registration services, muftis and religious civil servants granting the authority to conduct marriages in Ankara, Turkey on August 03, 2017. According to the draft, provincial and local muftis within the body of the Directorate of Religious Affairs will be granted the authority to conduct marriages, in addition to state registrars of marriages in municipalities. (Credit Image: © Altan Gocher/NurPhoto via ZUMA Press) 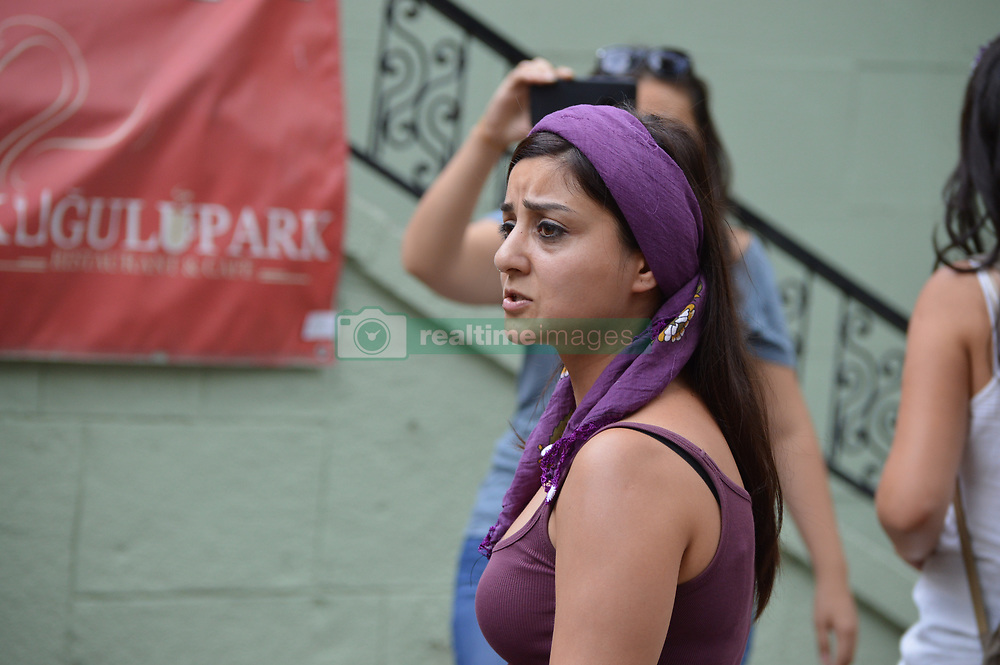