February 6, 2015 - File - South African writer ANDRE BRINK, one of the most outspoken critics of the apartheid regime, has died. Brink, 79, died Friday night on board a flight to Cape Town after visiting Belgium where he had received an honorary doctorate,. Brink wrote both in Afrikaans as well as English. His novels have been translated in more than 30 languages. Some of his books, including 'A Dry White Season' which was turned into a film, were banned in South Africa. Other novels include 'Looking on Darkness' and 'Philida' for which he was shortlisted for the Man Booker Prize in 2012. Andre Brink was a literature professor at the University of Cape Town at the time of his death. Pictured - Feb. 2, 2015 - Louvain-La-Neuve, Belgium - South African novelist Andre Brink poses after a press conference of the new Doctors Honoris Causa before the ceremony for the honorary degrees at the UCL Louvain-La-Neuve university. (Credit Image: © Eric Lalmand/Belga/ZUMA Wire) 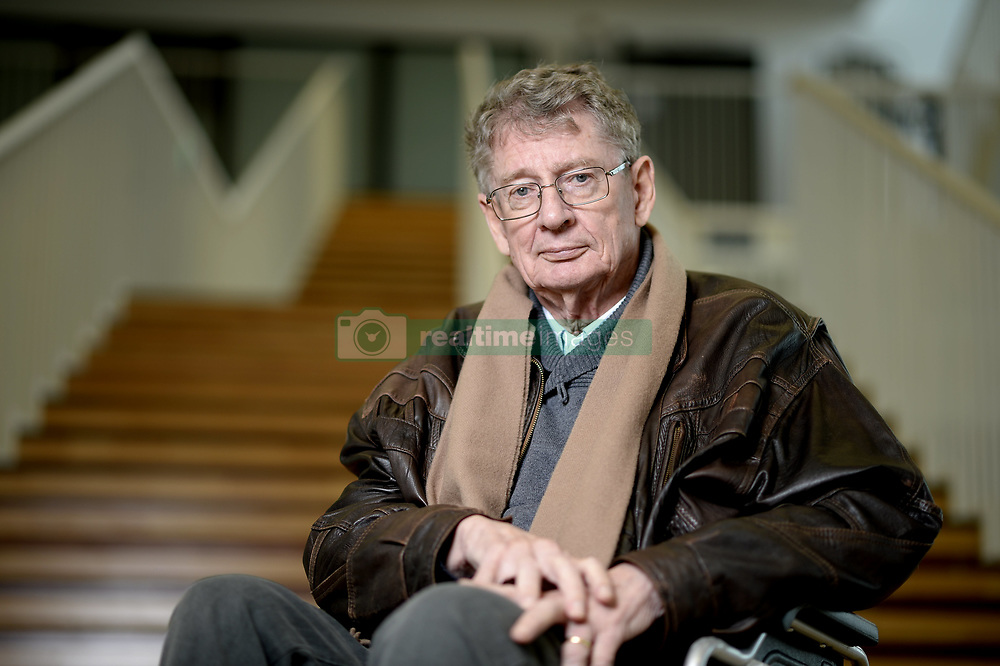