April 25, 2017 - Rome, Italy, Italy - The mayor of Rome Virginia Raggi at Porta San Paolo during the celebration of Liberation celebrated with a procession called by the Anpi (Association of Partisans of Italy) Many banners of the section Anpi - ''Partigiani'' was written on the banner that opened the event ''- and of the Palestinian communities and associations. A march came to Porta San Paolo, where the mayor of Virginia Raggi also intervened. A delegation of protesters then went to bring flowers to the tombstone on the Iron Bridge dedicated to the 10 women killed by the Nazis on April 7, 1944 for retaliation against the '' Assault on the oven for bread. (Credit Image: © Patrizia Cortellessa/Pacific Press via ZUMA Wire) 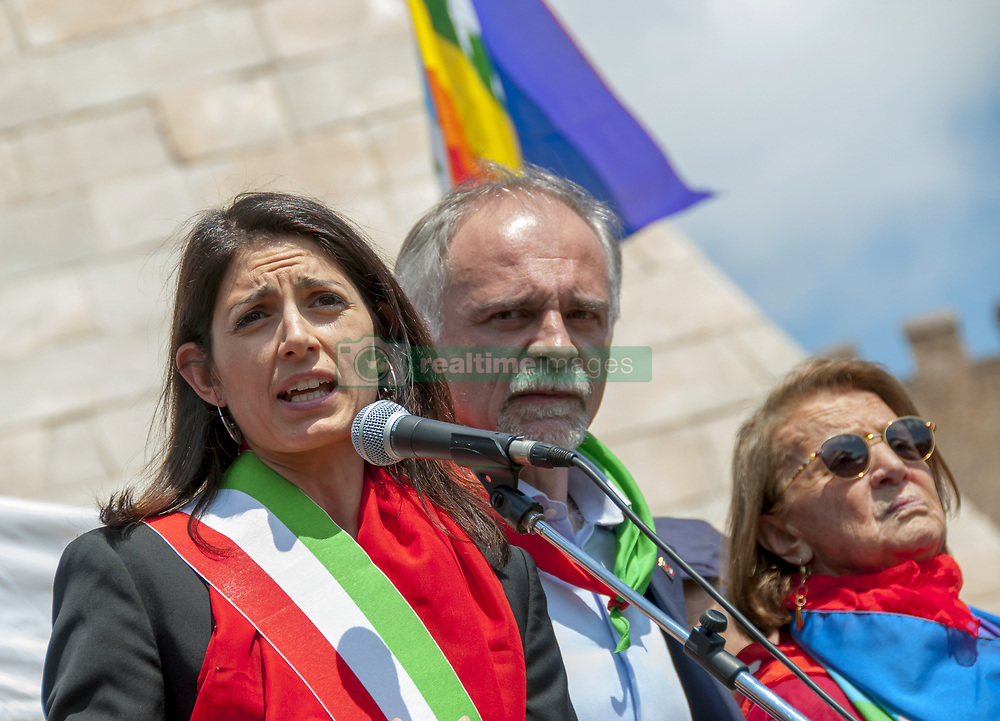