An excavator at the scene after a raid on 350 million of diamonds on show at the Millennium Dome in SE London. Six people were arrested, including four in the Money zone vault, and two by the River Thames, where the robbers had a powerboat. *... waiting to speed them from the scene. In scenes reminiscent of the James Bond film The World is Not Enough, the raiders used a bulldozer to break into the Dome. Had it been successful, it would have been the world's largest ever robbery. * 08/11/2001: Police foiled the "robbery" of the jewels when they caught raiders red handed as they smashed their way in using a mechanical digger, an Old Bailey court heard, at the opening of the trial of six men accused of plotting to rob the De Beers Millennium Diamond Exhibition with others unknown. 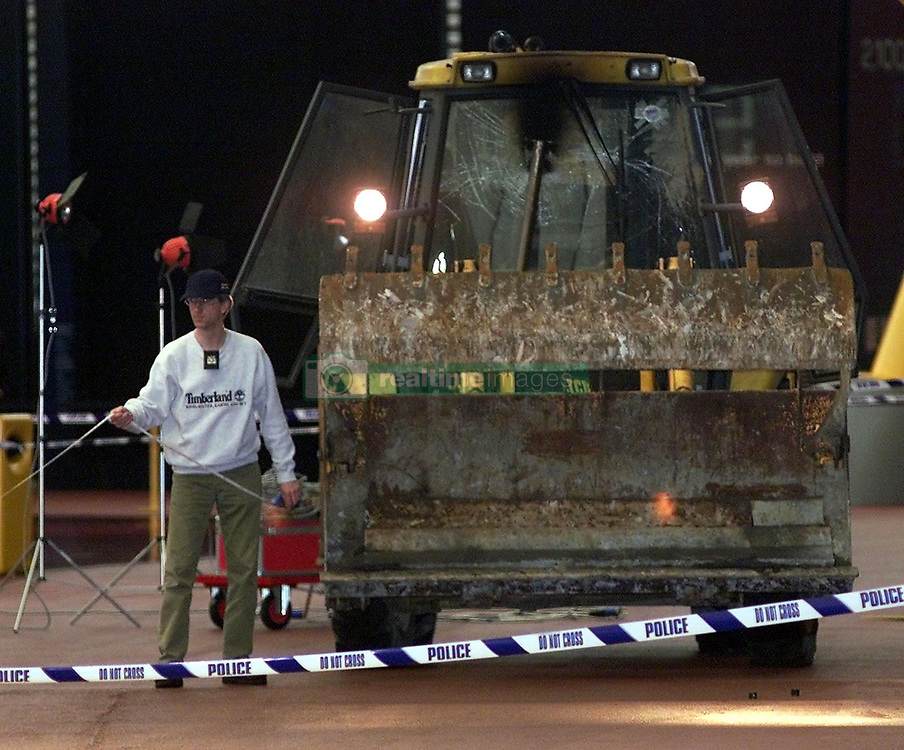