September 15, 2016 - Kaushambi, India - Indian Congress party's vice president and leader Rahul Gandhi talks with senior party leader Salman Khursheed (R) before addressing a public meeting, popularly known as Khaat Panchayats, where organizers make arrangement of thousands of Khaats (cots) for the people attending the meetings to sit on them, while listening to their leader, in tenwa village , in Kaushambi on September 15, 2016.Khaat (rustic Hindi word for cot) is symbol of villages in general and of farmers in particular. By naming the public meetings as Khaat Panchayats arranging khaats during the meetings, a strategy has been drawn to connect Rahul and Congress with the farmers of Uttar Pradesh and thus reap the electoral harvests during the next assambly elections (Credit Image: © Ritesh Shukla/NurPhoto via ZUMA Press) 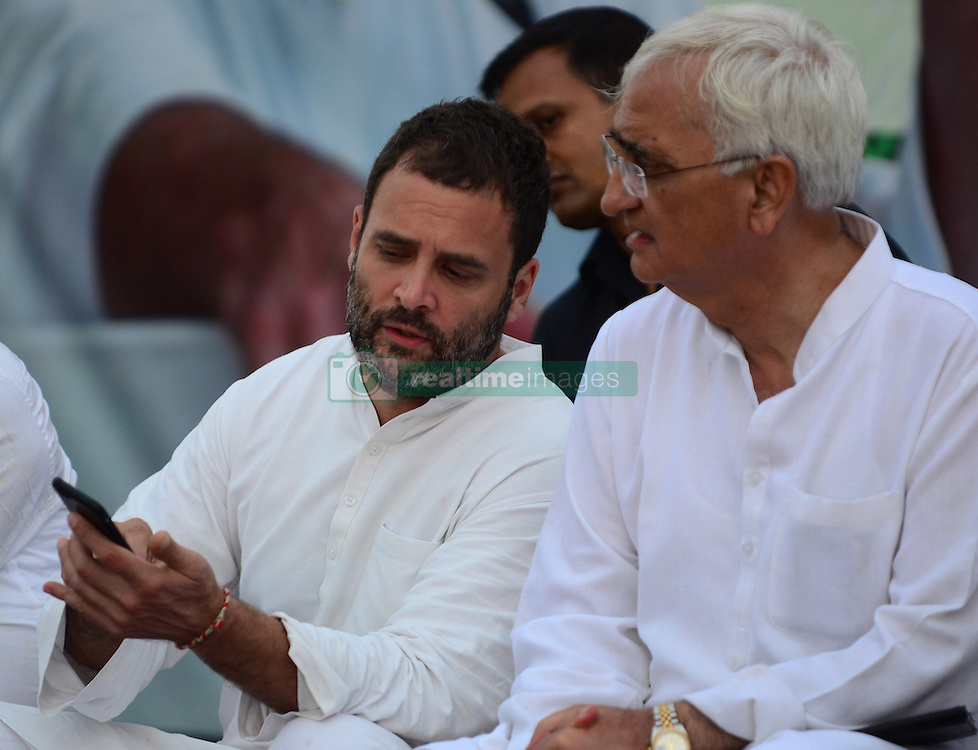