October 10, 2018 - The Episcopal Palace, in its exhibition space Ars Malaga, and hand of the City of Malaga, hosts until December 9 the exhibition 'Argentine Empire: look at a myth', which will delve into the ''revolutionary figure'' of the artist The objects that make up the show have been grouped by concepts and have been divided into different themes, according to the views that are made to his legacy: 'Visions on Empire' (poems, portraits, paintings by great artists such as Manuel AlcÃ¡ntara, Alberto PemÃ¡n, LeÃ³n Felipe, etc.); 'Filmography', movie posters; 'An empire for political leaders', with objects, correspondence and photographs; 'The feminist empire', 'The legends', as well as a tour of the artistic milestones through objects of their clothing, their photographic album, recognitions and awards as well as their relationship with other divas, among other aspects (Credit Image: © Lorenzo Carnero/ZUMA Wire) 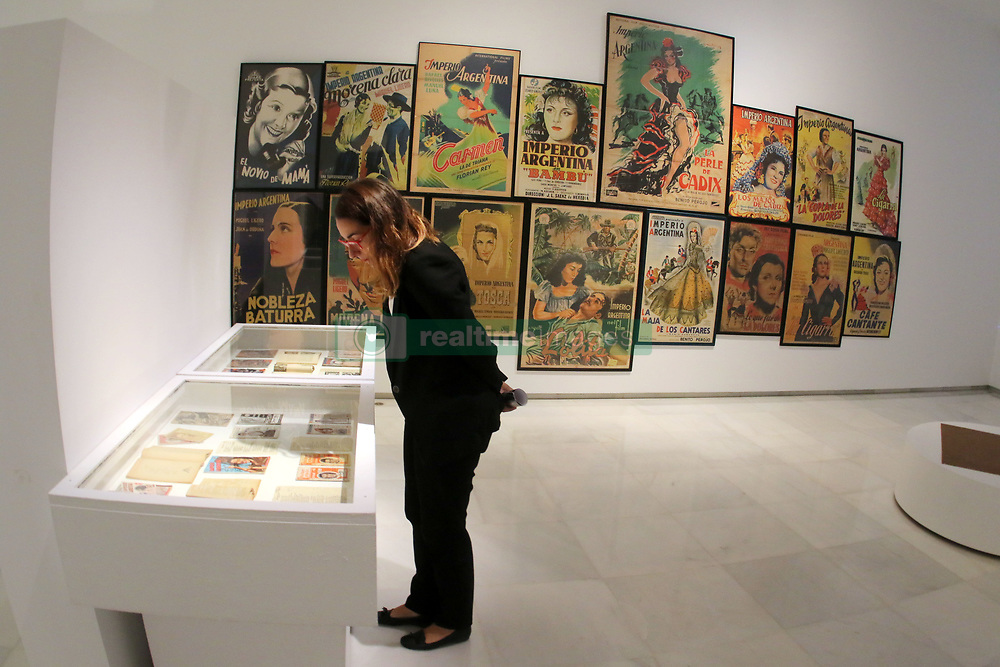