May 16, 2017 - Fort Campbell, Kentucky, U.S. - By taking leave in May instead of April so he could see his little sister graduate from high school, Army Spc. Jesse Thepouhthay missed out on one of his favorite holidays -- New Year. Most Americans generally associate New Year's celebrations with Dec. 31 and Jan. 1. However, Thepouhthay and his family celebrate Laotian New Year in April. The tradition is carried on by his family in his home town in Arkansas. Food is an important part of the celebration, and missing out on spicy papaya salad this year was a bit of a disappointment, Thepouhthay said. Pictured: Army Spc. Jesse Thepouhthay, an air traffic control equipment repairer assigned to Foxtrot Company, 6th Battalion, 101st General Support Aviation Battalion, at Fort Campbell, Ky., checks a vehicle in the motor pool, May 16, 2017. Thepouhthay's role model is his father, who immigrated to America from Laos. (Credit Image: ? Leejay Lockhart/Army/DOD via ZUMA Wire/ZUMAPRESS.com) 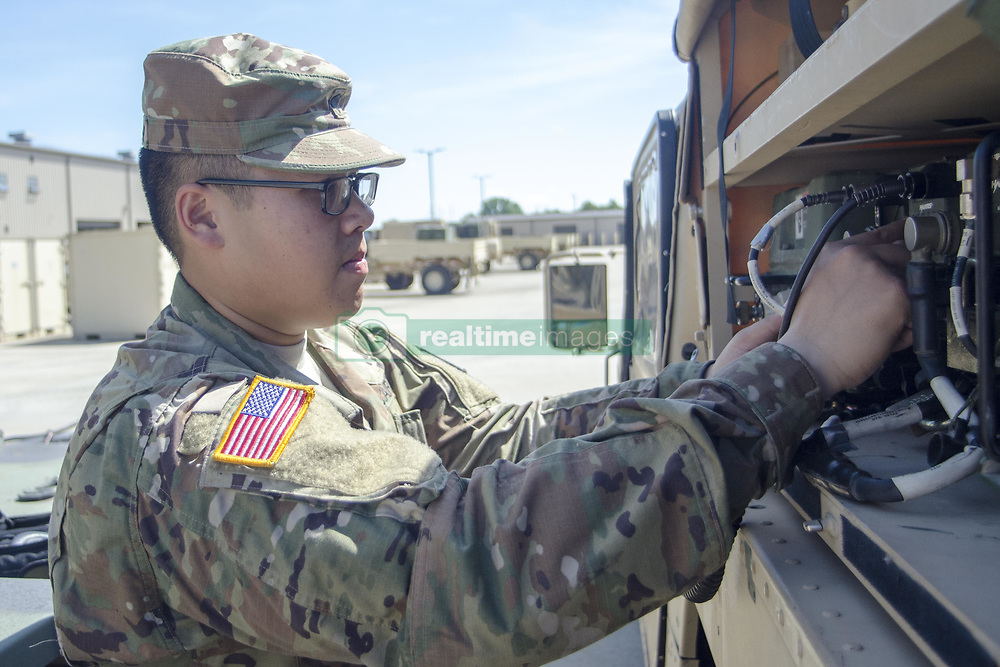