Pic from Magnus News/ Andrew Lloyd. Pic shows Zack, one of twins who can speak TWO languages fluently, despite being born deaf and wearing cochlear implants. Here you can see the side of Zack’s head 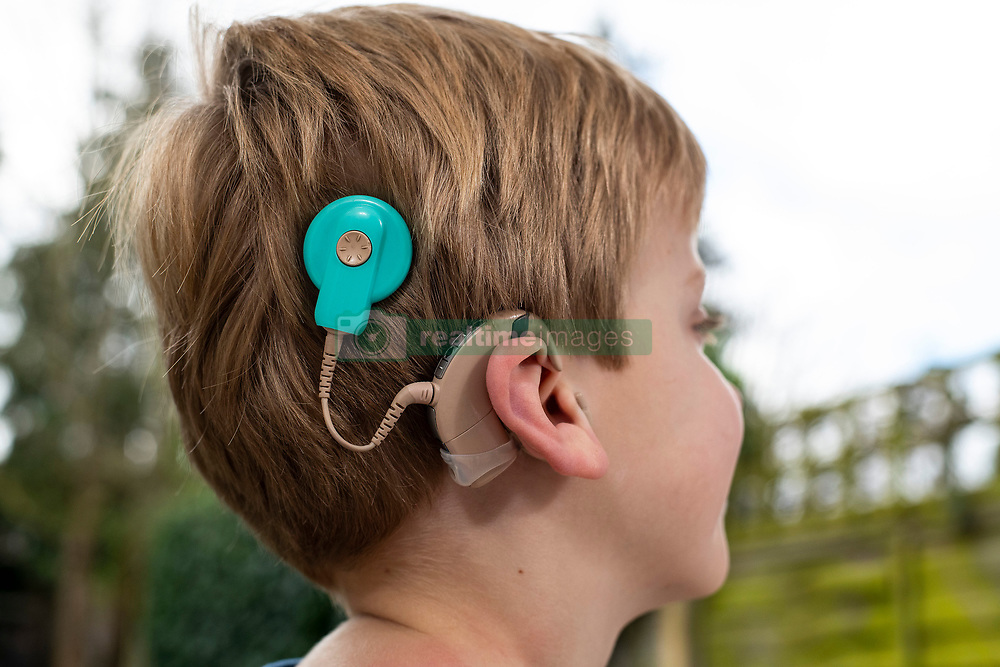