Confinement over the Chornobyl NPP

April 26, 2017 - Chornobyl, Ukraine - Worker walks next to the Safe Confinement arch over the fourth block of the Chernobyl nuclear plant on April 26, 2017. The presidents of Ukraine and Belarus attended the construction site of the Chernobyl plant arch to mark 31 years since the world's worst civil nuclear accident spewed radiation across Europe. The station's fourth reactor in the north of former Soviet Ukraine exploded in 1986 after a safety test went horribly wrong at 1:23 am on April 26. (Credit Image: © Sergii Kharchenko/NurPhoto via ZUMA Press) 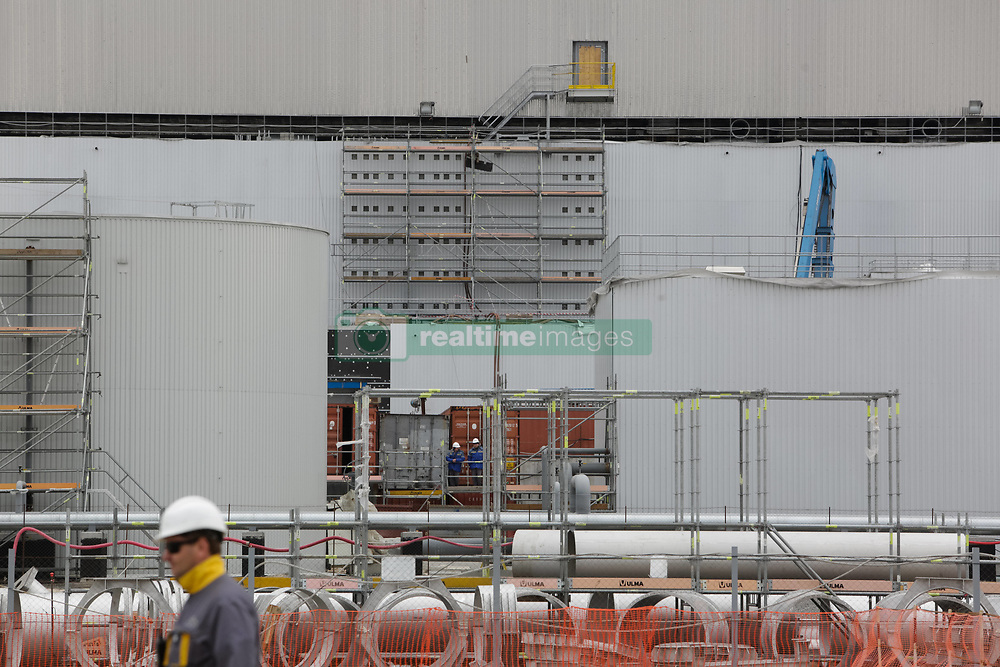