August 31, 2017 - Houston, Texas, U.S. - Flooded houses in Riverstone neighborhood, southwest of the Greater Houston. The two dams of Addicks and Barker in the West of Houston began to discharge on Monday due to the rising water levels caused by the tropical storm Harvey. The discharging resulted in new flooding areas along the Brazos River. Local officials are warning that more than 500 square km of the areas will likely be inundated with water from the river, which is projected to continue rising through Friday. (Credit Image: © Gao Lu/Xinhua via ZUMA Wire) 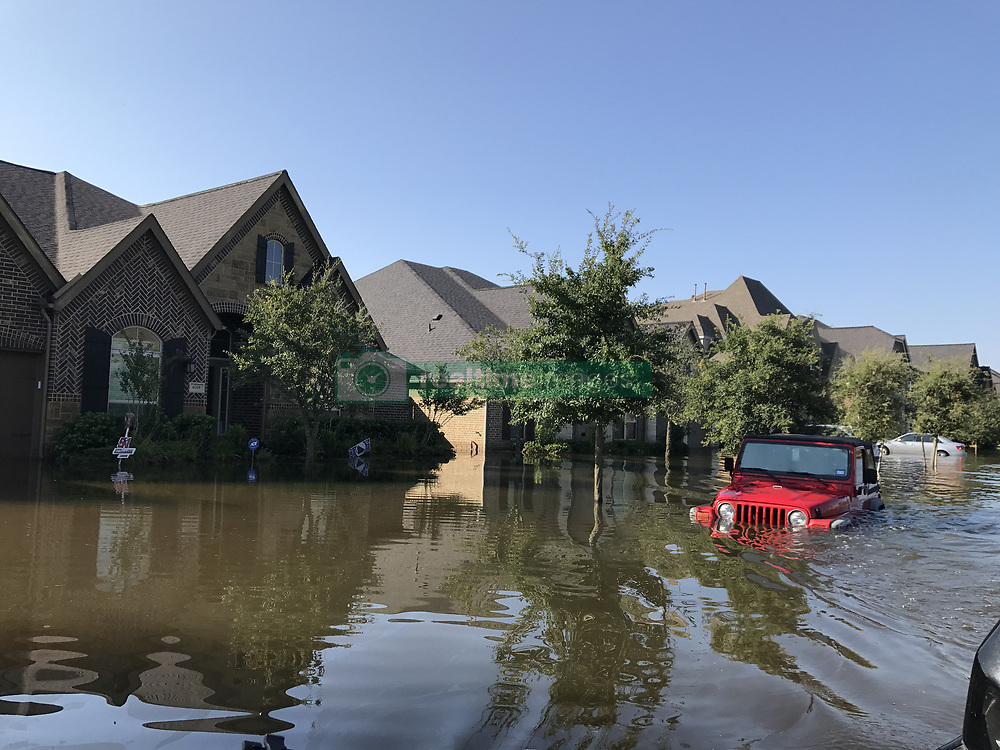