View Image Comparison
View Both Images
Zachariæ Isstrøm has become the latest Greenland glacier to undergo rapid changes in a warming world. Research published November 2015 in Science found that Zachariæ Isstrøm broke loose from a stable position in 2012 and entered a phase of accelerated retreat.
The consequences will be felt for decades to come. The reason? Zachariæ Isstrøm is big. It drains ice from a 91,780 square kilometer (35,440 square mile) area of northeast Greenland. That's about 5 percent of the Greenland Ice Sheet. The glacier holds enough water to raise global sea level by more than 46 centimeters (18 inches) if it were to melt completely. It is already shedding billions of tons of ice into the far North Atlantic each year.
"North Greenland glaciers are changing rapidly," said lead author Jeremie Mouginot of the University of California, Irvine (UCI). "The shape and dynamics of Zachariæ Isstrøm have changed dramatically over the last few years. The glacier is now breaking up and calving high volumes of icebergs into the ocean, which will result in rising sea levels for decades to come."
The change is apparent in the images above. The top image was acquired by the Enhanced Thematic Mapper Plus (ETM+) on Landsat 7 on August 5, 1999, when the glacier was stable. The second image was acquired on August 2, 2015, with the Operational Land Imager (OLI) on Landsat 8. The second image shows how the ice shelf and glacier have melted and retreated substantially. Turn on the image comparison tool to see the difference.
As of 2015, the glacier is losing 5 billion tons of ice every year. The time-lapse animation above shows the glacier's retreat during the 2015 melt season. The animation is composed of 26 natural-color images acquired by Landsat 8 from May 19 through October 1, 2015.
To better understand the changes taking place at Zachariæ Isstrøm, Mouginot and his colleagues from NASA's Jet Propulsion Laboratory (JPL), and the University of Kansas compil 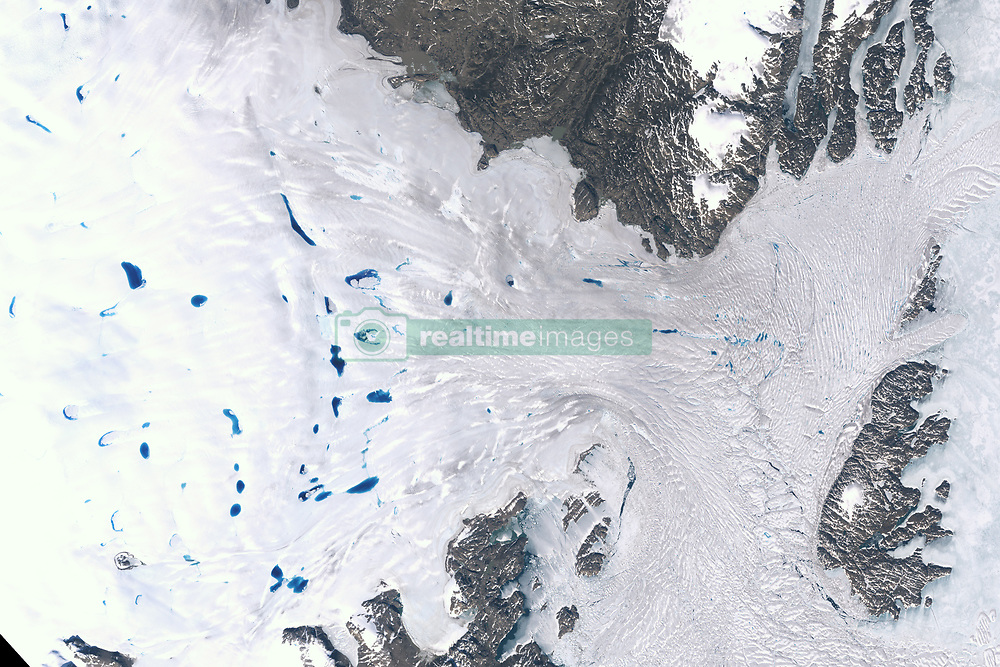