April 26, 2017 - inconnu - First class air passengers could one day be traveling in suites inspired by some of the worldâ€™s finest boutique hotels.The battle between airlines to tempt first and business class passengers is worth fighting.These high-flying passengers provide nearly half of an airline's revenue.So there is a constant search for designs.And the latest comes from London-based design company Seyourpowell.Instead of traditional seats, passengers could soon sprawl out in their own private rooms, workout in a gym, visit a spa or stretch their legs in a 'light lounge'.The idea of the shift is to give this elite group more privacy and space, as well as flexibility, allowing them to feel as if they are in a hotel rather than an airplane.Seymourpowell's First Spaces concept is billed as taking inspiration from a boutique hotel.The company has imagined an area in an Airbus A380, the world's largest passenger jet, containing six private rooms.Each room comes with a retractable door, armchair or couch that folds into a bed, a 42-inch TV screen and 'smart in-flight service system' designed to anticipate passengers' needs.The fully-enclosed suites are aimed at wealthy solo passengers or couples who don't want to be bothered or even seen by fellow travellers during a long-haul flight.Seymourpowell found there was a desire for high-end premium service after surveying passengers.The company then set out to redefine first class with the hotel-inspired suites that are less like a faceless cubicle. There would be single and double rooms A king-size bed means double rooms could be sold to solo passengers at a premium fare, while couples could book one at a price that is cheaper than two single rooms, said Seymourpowell.Each suite would have soft furnishings, storage for hand luggage, space to hang clothes, drawers for personal belongings, amenity kits, a tablet computer to control room functions and a large table that can be stowed.Passengers would control in-flight 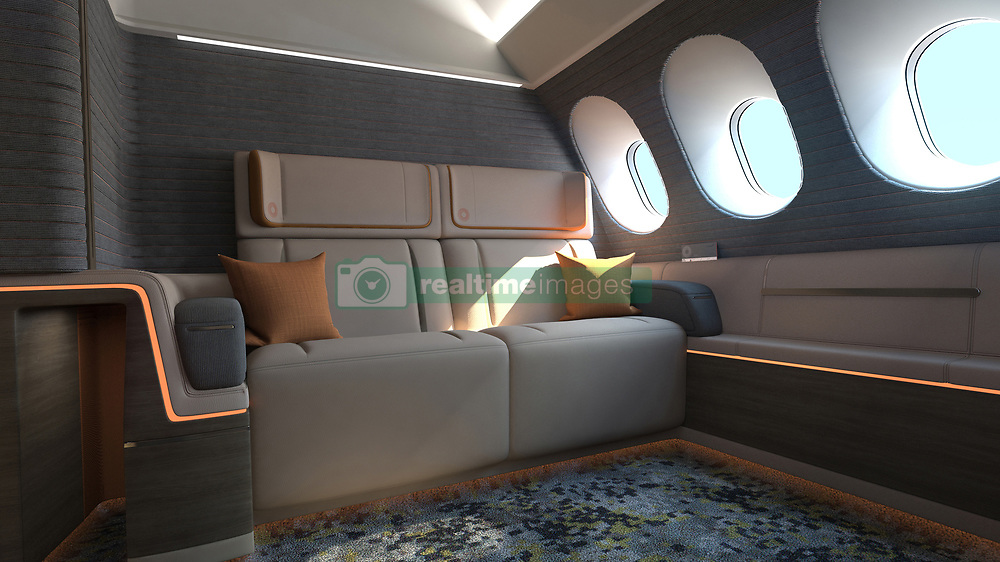