July 13, 2017 - inconnu - Surfers could so be going up in the world â€“ on an electric-powered board that hovers over the water with its own hydrofoil.The board rises above the waves thanks to the hydrofoil allowing the rider to skim the water more efficiently.Riders describe the sensation as â€œan endless feeling of hoveringâ€ The $12,000 USD / Â£9,270 GBP / â‚¬ 10.495 Euros eFoil is controlled by a wireless hand controller and the rider's body.The waterproof controller uses Bluetooth connectivity and is designed to float if dislodged from the rider's hands. It has a top speed of 22 knots / 25 mph / 40 kh.It us made by Liftfoils , a company run by American Nick Leason from Puerto Rico.He said:â€ A lot of people see it for the first time and donâ€™t fully understand how that board is levitating over the water.â€œThe board actually has winged keel underneath it. Itâ€™s like a set of wings .â€œSo that set of wings lifts the board out of the water when you have a little bit of speed and thatâ€™s what you are surfing or riding on.â€œItâ€™s pretty amazing if you shift your weight you can turn it and carve it .â€The company says you can be travelling at top speed but not hear anything and just feel you are levitating.Leason added that it's a â€œpretty exciting ride â€œ at top speed, but his preferred cruising speed is a bit less than that as the ride is â€œnot quite as crazy.â€He continued:â€ It seems like a simple toy but thereâ€™s actually lot of components and they are all cutom designed.â€The battery is said to be good for between 45 and 55 minutes on full charge.Deliveries will begin in September of this year for US$12,000.The eFoil board will initially be available in two sizes: 168 cm x 71 cm (5 ft 6 in by 28 in) for the standard E1 eFoil, and 152.5 cm x 63.5 cm (5 ft 6 in by 25 in) for the E1 Sport model. Leason said the standard eFoil is more stable with the bigger deck, 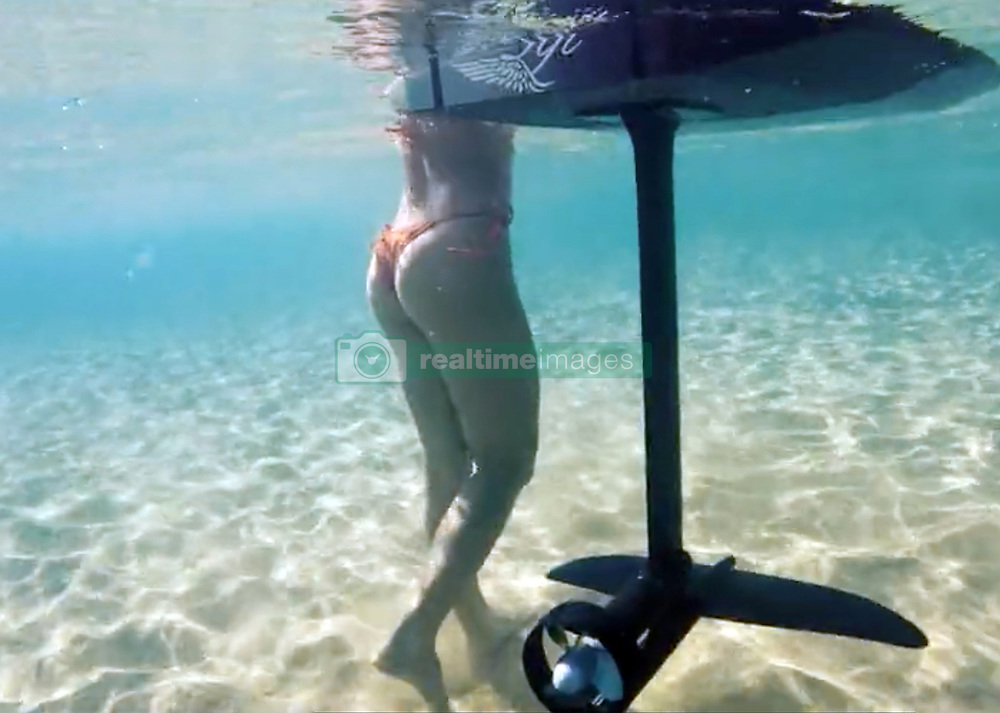