August 2, 2017 - Sao Paulo, Sao Paulo, Brazil - Demonstrators protest at Paulista Avenue in Sao Paulo, Brazil, as they watch a screen showing lawmakers voting in Brasilia on whether to put Brazilian President Michel Temer on trial for corruption, on August 2, 2017. Brazil's lower house of Congress got off to a raucous start Wednesday in a debate on whether to send scandal-plagued Temer to face trial on a corruption charge. A deeply unpopular veteran of the ruling PMDB party, Temer is accused of taking bribes from a meatpacking industry executive -- part of a wider scandal sucking in major politicians of every stripe. (Credit Image: © Cris Faga/NurPhoto via ZUMA Press) 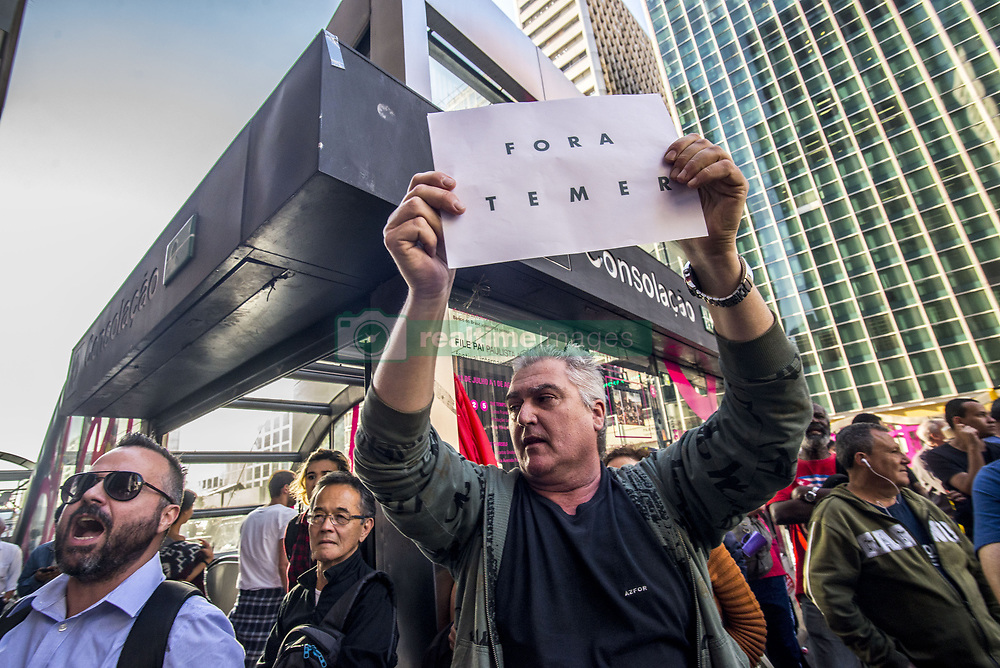