October 3, 2017 - Las Vegas, Nevada, United States - People wait to give blood to victims of mass shooting in Las Vegas, Nevada on October 3, 2017 after a gunman killed 58 people and wounded more than 500 others, before taking his own life, when he opened fire from a hotel on a country music festival. Police said the gunman, a 64-year-old local resident named as Stephen Paddock, had been killed after a SWAT team responded to reports of multiple gunfire from the 32nd floor of the Mandalay Bay, a hotel-casino next to the concert venue. (Credit Image: © Emily Molli/NurPhoto via ZUMA Press) 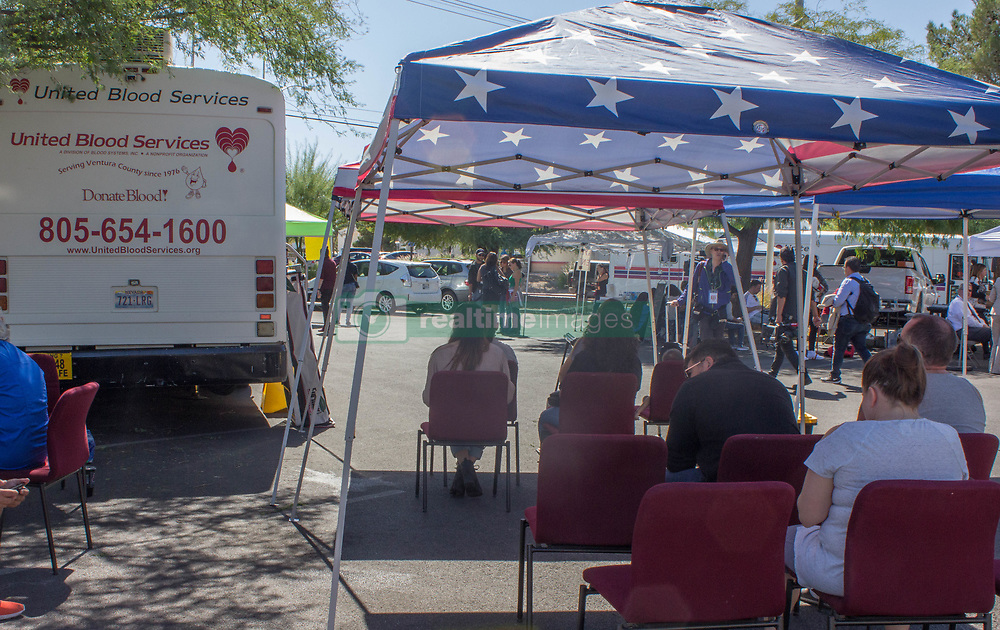