Former United States President George H.W. Bush jumps with the United States Army Golden Knights Parachute Team at the Bush Presidential Library near Houston, Texas on June 13, 2004 to celebrate his his 80th birthday. His jump was witnessed by 4,000 people including Actor and martial-arts expert Chuck Norris and Fox News Washington commentator Brit Hume. Both also participated in celebrity tandem jumps as part of the event. Bush made the jump harnessed to Staff Sergeant Bryan Schell of the Golden Knights. Bush was reportedly contemplating a free-fall jump, but officials said the wind conditions and low cloud cover made it too risky. Former Soviet President Mikhail Gorbachev was also on site. He was reportedly invited by Bush to join the jump, but said he had never parachuted and was too old to start. This was Bushs fifth jump. He also jumped with the Golden Knights on his 75th birthday. He said that he wanted to send a message to seniors that they 'still have a life.' Hand out Photo by US Army via CNP /ABACAPRESS.COM 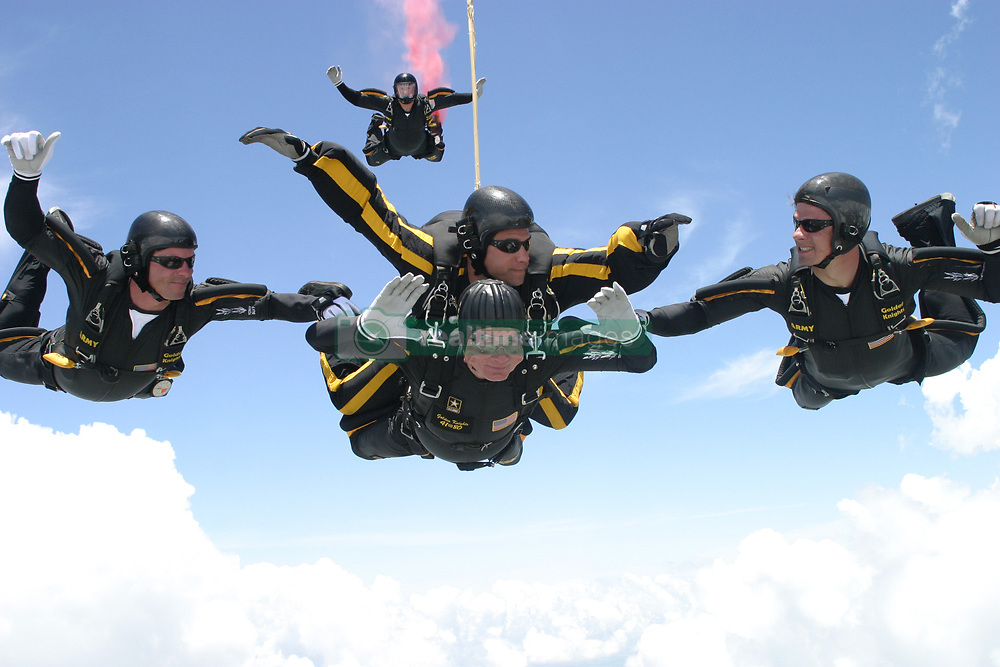