June 16, 2017 - London, UK - London, UK. 16th June 2017. Around a thousand protesters met outside the Department for Communities and Local Government calling for urgent action to identify those responsible for the unsafe state of Grenfell Tower which led to the horrific fire in which over 150 people were burnt to death. Speakers included Matt Wrack, Fire Brigades Union General Secretary, local residents who had witnessed the deaths, housing activists who have long called for social housing to meet the same safety standards as private developments and Stand Up to Racism, and there was a silence in solidarity with the dead and injured. After the rally they marched to Downing St, demanding the resignation of Theresa May and former housing minister Gavin Barwell who failed to implement the recommendations made after a previous London fire disaster. Peter Marshall ImagesLive (Credit Image: © Peter Marshall/ImagesLive via ZUMA Wire) 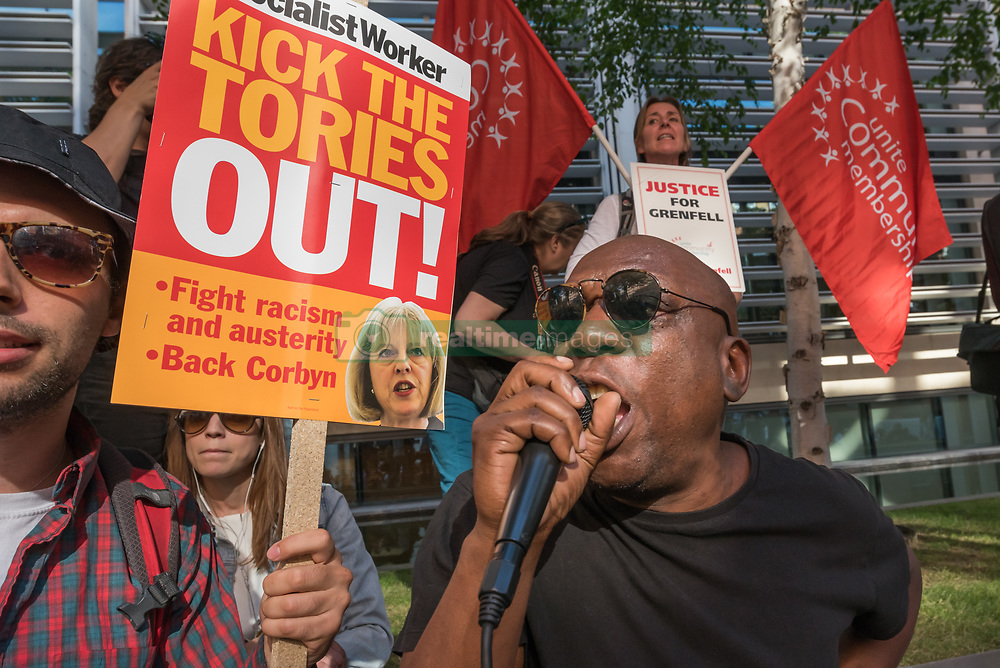