May 3, 2017 - inconnu - Thereâ€™s something very fishy about this parade of top branded sports shoes.They may look good enough to wear but they are also good enough to EAT ! Thatâ€™s because they are all made from sushi.The shoes include designs from Adidas, Nike and Vans. They are the work of Japanese chef Yujia Hu who owns the Sakana sushi restaurant in Milan, Italy.Each piece of footwear has been carefully crafted from the main sushi ingredients of fish, rice and seaweed.And they were inspired by Yugiaâ€™s love of the NBA US basketball league.He explained he first began by using balls of the rice dish known in sushi s as onigri , to represent some of the sportâ€™s biggest names.He explained:â€™â€œ I've always been a big fan of NBA so I started creating onigri representing my favourite basketball players. â€œAside from that, one of my passions is also cinema and TV series, so other creations were iconic movie and television actors. â€œMy onigiris has evolved making sneakers, starting from the iconic Jordan inspired from my favorite basketball player Michael Jordan to the trending streetwear sneakers of the moment.â€He said he also wanted to give special thanks to his girlfriend â€œ especially thanks to my girlfriend which is a freelance fashion stylist Christine Lat.He said:â€ She has always influenced me on my creations regarding the fashion industry â€œShe inspired hiom to make a series of sushi fashion designers during the recent Milan fashion week.Describing his sushi works of art, he continued:â€ I take more or less 20 to 30 minutes to make an onigiri, depending on how detailed it is.â€œMy main ingredients are sushi rice, seaweed, and fish.â€œI began creating #theonigiriart on my Instagram page , at first, just for fun, but then I started being very passionate about it and love what I am doing.â€ # DES SUSHIS CHAUSSURES (Credit Image: © Visual via ZUMA Press) 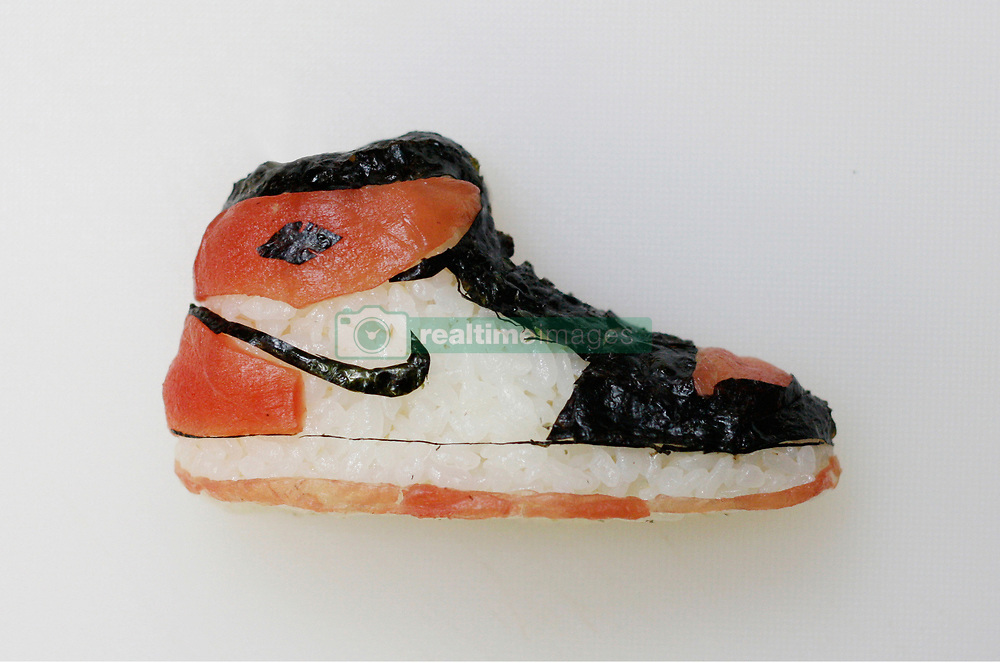