August 8, 2017 - New York City, New York, United States of America - (photo: Sachelle Babbar) New Yorkers gathered at the steps of City Hall on Tuesday morning to protest alleged discrimination by landlords who refuse tenants based on their source of income. In this case, homeless who are eligible for generous city vouchers based on various issues, such as disabilities, are left to remain homeless when their vouchers are refused. The group Vocal NY also displayed Craigslist ads that contain wording that makes it apparent that renters will not take vouchers. The group has not only indicated that vouchers are often worth more than the rent asked for, but the practice of refusing them is illegal. However, the cityâ€™s offices that investigate such cases have poor track records in prosecuting this form of discrimination. (Credit Image: © Sachelle Babbar via ZUMA Wire) 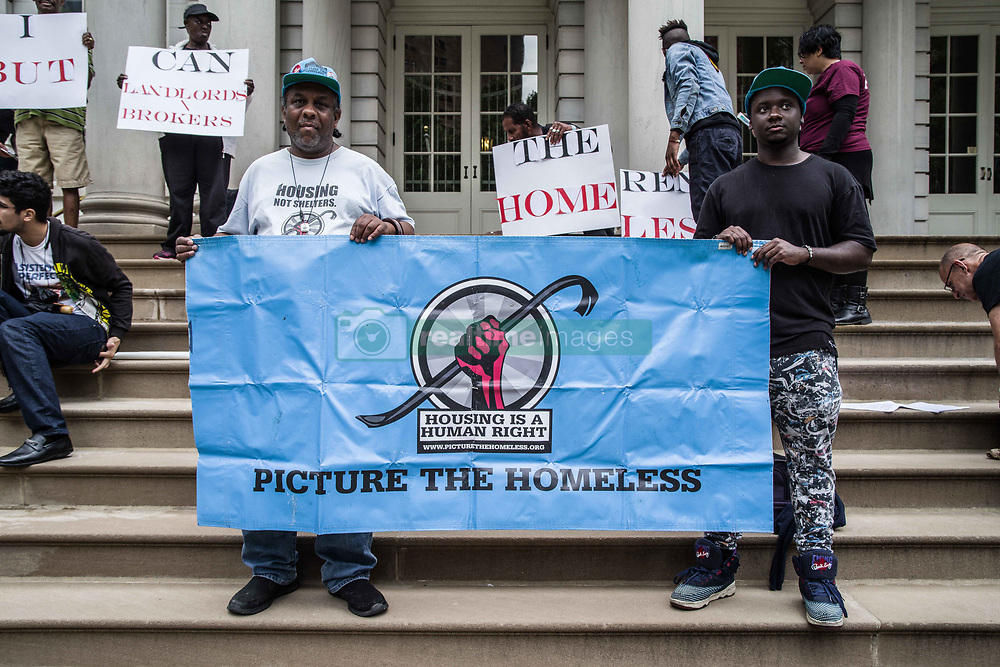