July 27, 2017 - Ankara, Turkey - Workers are seen at the construction site of Turkey's biggest retractable-roof shopping mall, which will be opened in September, in Ankara, Turkey on July 27, 2017. Turkey has one of the largest construction industries in the world with more than 180,000 companies, and more than 1,8 million people currently employed by this sector. Turkish companies have been active particularly in Algeria, Azerbaijan, Iraq, Kazakhstan, Libya, Qatar, Russia, Saudi Arabia, Syria, Turkmenistan, and other nearby countries. In 2015, Turkey were ranked second after China in the 'Top 250 International Contractors' list. (Credit Image: © Altan Gocher/NurPhoto via ZUMA Press) 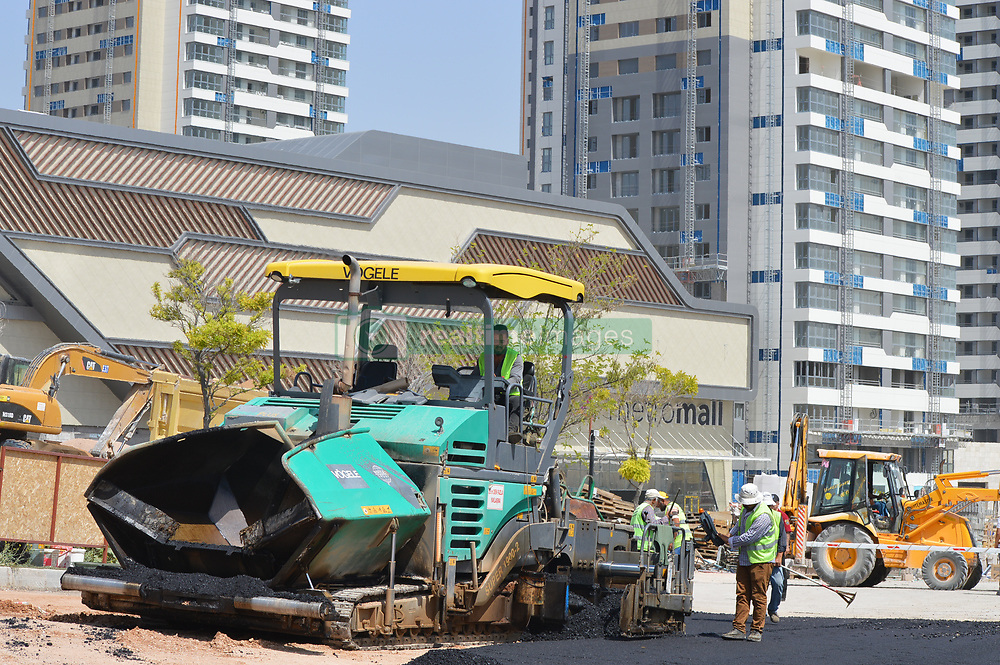