October 14, 2016 - FILE - The Obama administration announced today a new round of executive actions designed to increase trade and travel with the communist island. And this is the one many Americans have been waiting for, no more restrictions on the island's famed rum and cigars. Pictured: March 4, 2016 - Workers make Cohiba cigar at the ''El Laguito'' factory in Havana, capital of Cuba, on March 3, 2016. Cohiba is the flagship brand of Cuban cigar. It was first created in 1966 for Cuban revolutionary leader Fidel Castro himself and was then top secret. It soon became Cuban gifts for heads of state and visiting diplomats. Since 1982 Cohiba has been available in limited quantities to the open market. The name ''Cohiba'' is an ancient Taino Indian word for the bunches of tobacco leaves that Columbus first saw being smoked by the original inhabitants of Cuba. (Credit Image: © Jason Deadman Jia/Xinhua via ZUMA Wire) 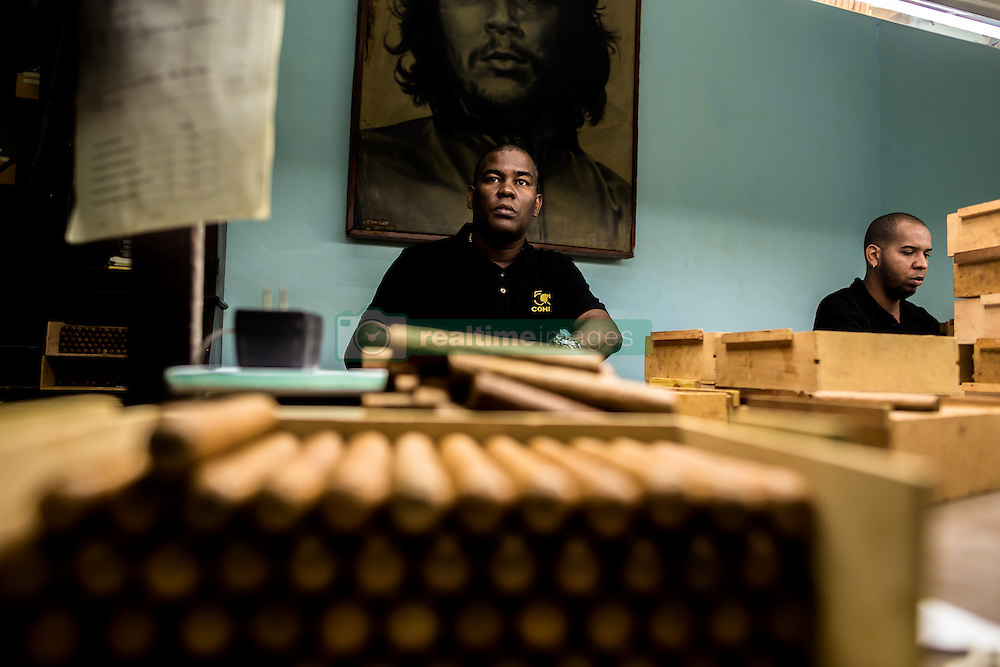