Canada's FIFA world cup shows off in the public's love of the game.

June 13, 2018 - Toronto, ON, Canada - TORONTO, ON - June 13 Alexandra Karges took some time out today to kick around a soccer ball on a public pitch on Shuter near Parliament..Toronto has a love affair with soccer that shows in being a part of the North American winning FIFA World Cup 2026 bid. Toronto will host a number of the games shared with other Canadian cities as well as cities in Mexico and the USA..June 13, 2018 Richard Lautens/Toronto Star (Credit Image: © Richard Lautens/The Toronto Star via ZUMA Wire) 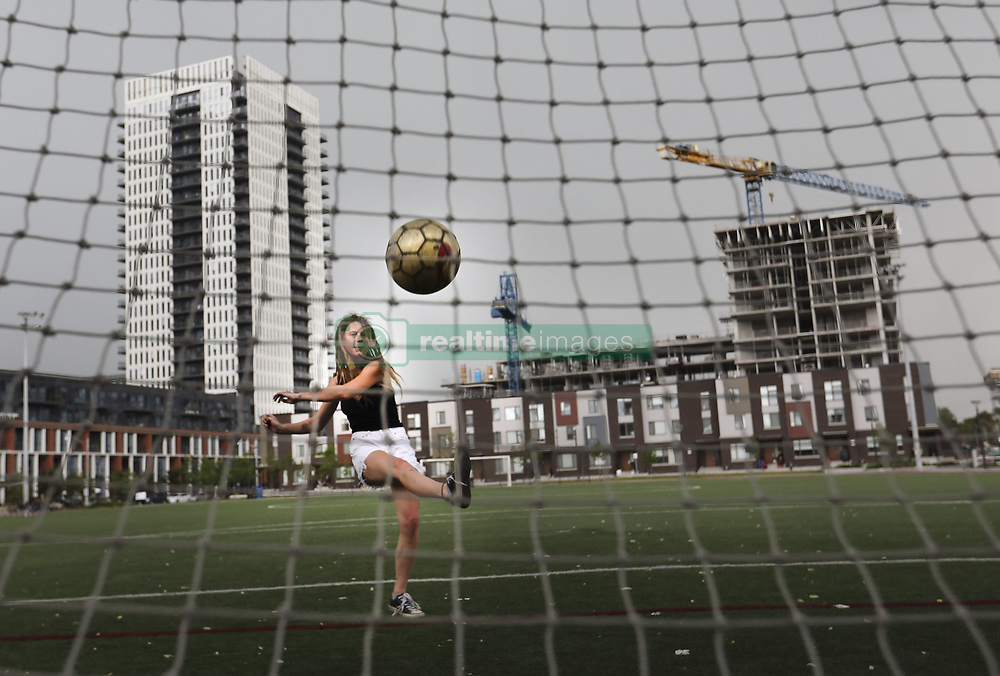