June 6, 2017 - Suisse - A new blade from the makers of the Swiss Army Knife is a cut above its rivals â€“ having been made from recycled Nespresso coffee pod capsules.The Pioneer pocket knife by Victorinox has scales on its brown casing made from 24 recycled pods.Although convenient to use, coffee pods like those offered by Nespresso have a huge environmental footprint.Billions end up in landfills each year where they can take anywhere from 150 to 500 years to break down. But Nespresso, which has other recycling schemes around the world, has joined with Victorinox to create a limited-edition knife for 2017 that uses melted down and recast aluminium capsules as the scales on its handle;.The knifeâ€™s tools include a blade, can opener, two screwdrivers , bottle opening, wine stripper and a hole punch.It is available from the companyâ€™s online store or a few selected stores for around â‚¬43 Euros / $48 USD / Â£37 GBPA Victorinox spokesman said:â€ Sustainability is an important part of corporate culture at Victorinox as well as at Nespresso. â€œBoth firms have long committed themselves to acting responsibly and so it seemed a natural progression to team up to create a knife which turns recycled Nespresso capsules into a functional tool for your everyday adventures.â€œUsed Nespresso capsules must be melted down and then cast. â€œWe wanted to be absolutely certain that the molten material could stand up to our stringent high quality standards, so we carried out numerous tests in our development laboratory, ensuring that the new material would be stable, durable and fitting all design requirements.â€œWe are proud to say that all of our efforts were fruitful, with both partners delighted with the quality and success of the Pioneer Nespresso knife. â€œWeâ€™re very happy to be writing a bit of Swiss recycling history, together with Nespresso.â€ # UN COUTEAU SUISSE FAIT AVEC DES CAPSULES NESPRESSO RECYLCEES (Credit Image 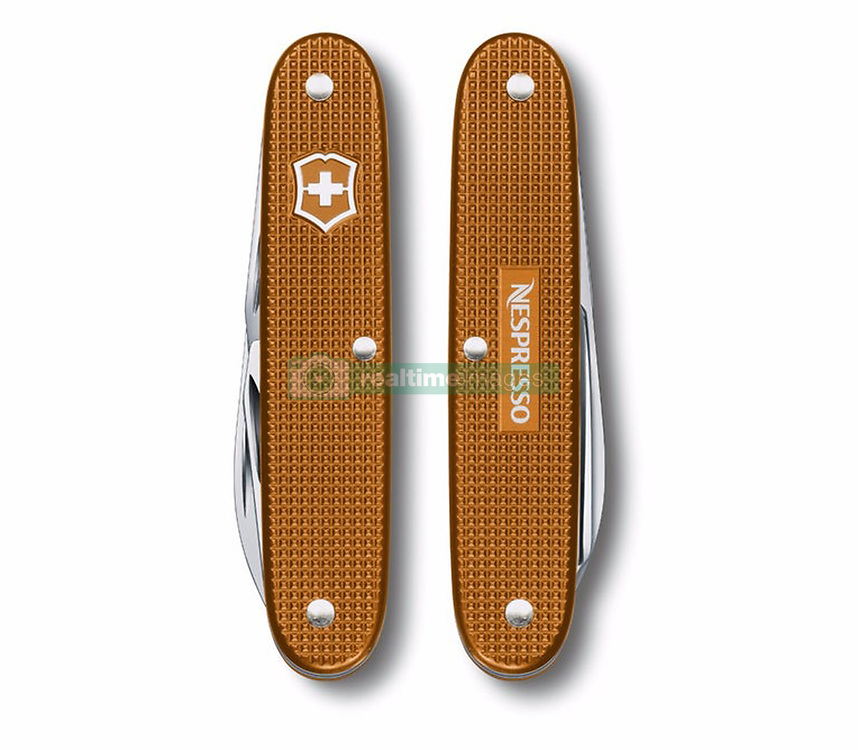