April 10, 2017 - MEET the super-muscly bodybuilding identical twins who went from a lean and scrawny duo to a super-buff and muscular double act after wanting a change in their lives. Growing up, operations manager Ty and financial analyst Kenni Ayoshola (both 24) from London, UK, described themselves as thin twins who were very involved in sports but never had the muscles to go with their active and sporty lifestyle and passion. The identical twins once weighed sixty-nine kilograms, but following a decision to switch things up in their lives and change their physical appearance, they joined the gym and started going religiously, gaining ten kilograms, and bulking up to eighty kilograms. Incredible pictures and video show Ty and Kenniâ€™s rippling muscles and Adonis-like body, as well as both twins vigorously working out their chiselled abs at the gym. TA Visuals/ mediadrumworld.com (Credit Image: © Ta Visuals/mediadrumworld.com via ZUMA Press) 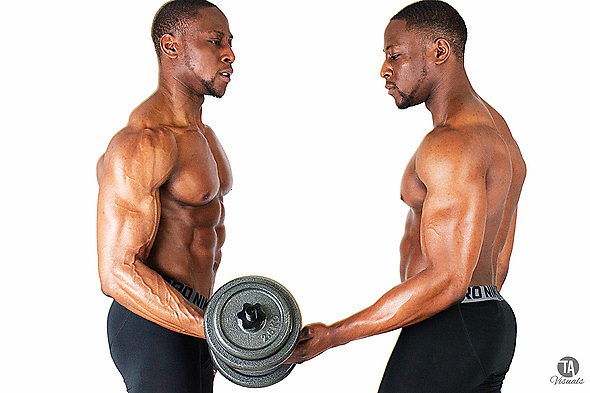