The SpaceX Falcon 9 rocket, with the Dragon spacecraft onboard, is seen shortly after being raised vertical at Launch Complex 39A at NASA’s Kennedy Space Center in Cape Canaveral, Florida, Thursday, June 1, 2017. Dragon is carrying almost 6,000 pounds of science research, crew supplies and hardware to the International Space Station in support of the Expedition 52 and 53 crew members. The unpressurized trunk of the spacecraft also will transport solar panels, tools for Earth-observation and equipment to study neutron stars. This will be the 100th launch, and sixth SpaceX launch, from this pad. Previous launches include 11 Apollo flights, the launch of the unmanned Skylab in 1973, 82 shuttle flights and five SpaceX launches. Photo Credit: (NASA/Bill Ingalls) 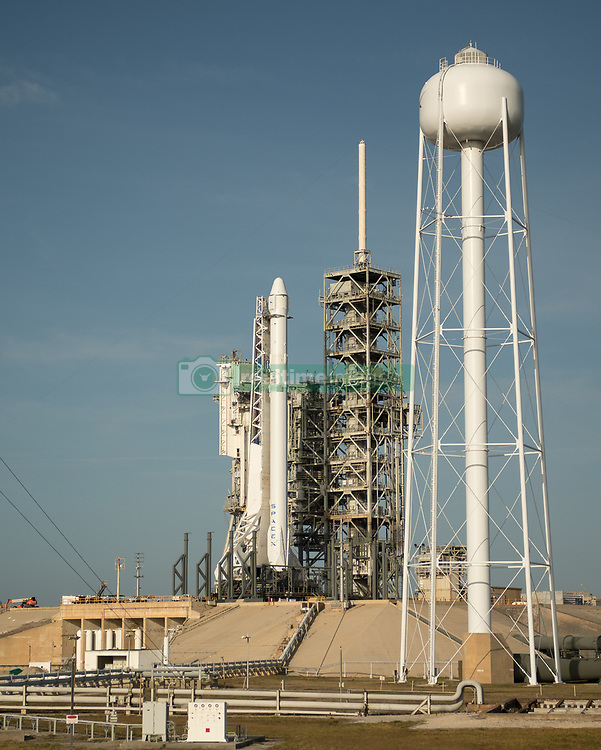