File photo - Ex-President Nicolas Sarkozy delivers his concession speech at his campaign headquarters after the right-wing presidential primary vote's first round, on November 20, 2016 in Paris, France. Admitting defeat, Mr Sarkozy endorsed Francois Fillon, a moderate who finished first in Sunday's first round, according to near-complete results. Alain Juppe, who like Mr Fillon is an ex-prime minister, finished second. They will face each other in a run-off next Sunday. The winner will compete in next year's presidential election. A French judge has ordered ex-President Nicolas Sarkozy to stand trial in an illegal campaign finance case. Mr Sarkozy faces accusations that his party falsified accounts in order to hide 18m euros of campaign spending in 2012. Mr Sarkozy denies he was aware of the overspending, and will appeal against the order to stand trial. Photo by Christian Liewig/ABACAPRESS.COM 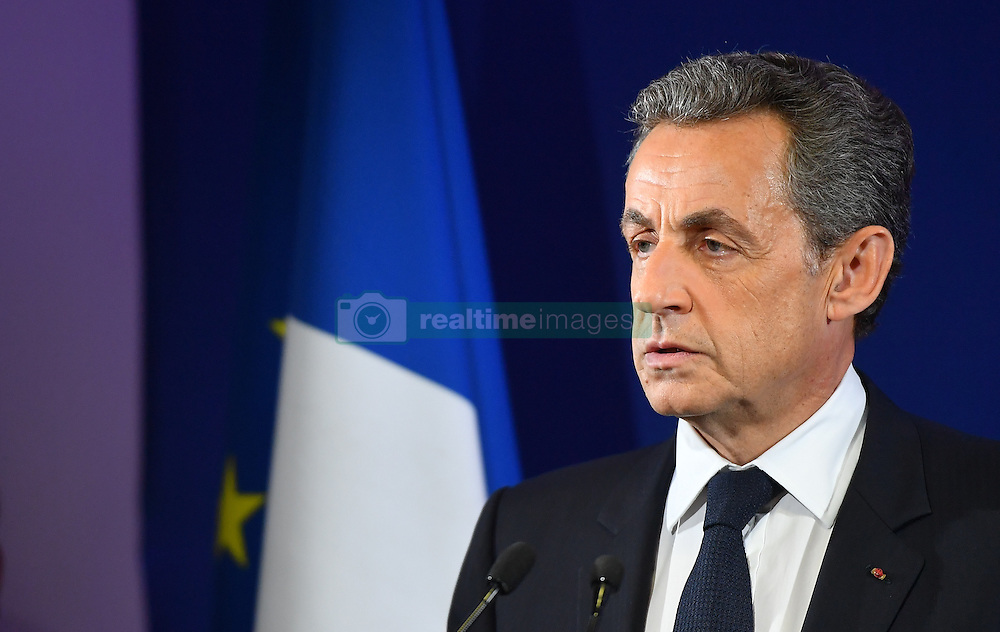