April 12, 2018 - Warsaw, Poland - The monument built for the victims of the Katyn massacre in Russia in which some 20 thousand Polish officers and Polish intelligentsia where murdere in 1940 by Soviet secret police is seen in Warsaw, Poland on April 12, 2018. On Friday Polish president Andrzej Duda will lay a wreath to commemorate the victims whose mass graves have been found by German forces on April 13, 1942. (Credit Image: © Jaap Arriens/NurPhoto via ZUMA Press) 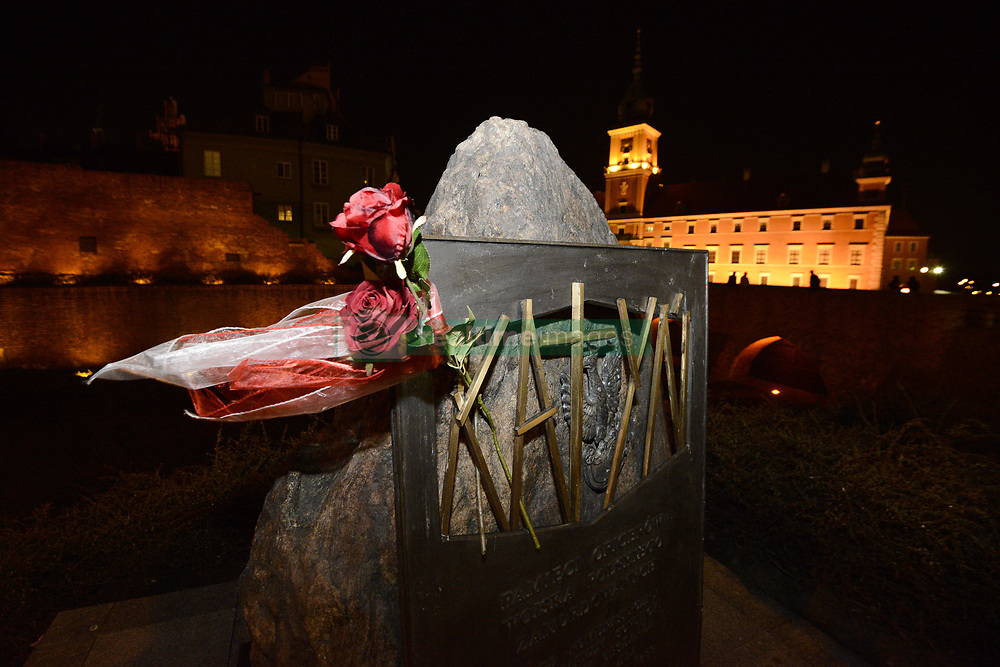