Ukrainian nationalists protest against the Polish bill about 'Bandera ideology'

February 5, 2018 - Kiev, Ukraine - Ukrainian nationalists from ''Freedom'' party attend a protest near the Polish Embassy in Kiev, Ukraine, 05 February,2018. They protest against the bill about 'Bandera ideology'. Polish Sejm on 26 January voted for the bill setting a ban on promoting the so-called 'Bandera ideology,' with its historic roots stemming from Ukraine. The law also introduces criminal liability for those asserting that the Poles were collaborating with the Nazis during World War II. Ukrainian President Poroshenko believes that the law does not correspond with the proclaimed principles of strategic partnership between the two countries, as local media reported. (Credit Image: © Str/NurPhoto via ZUMA Press) 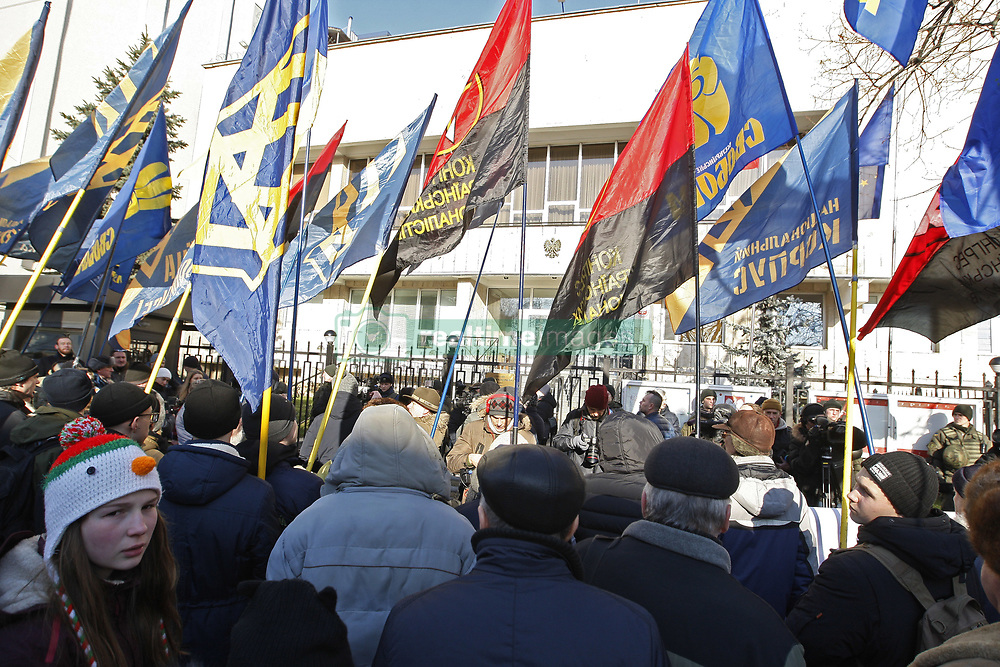